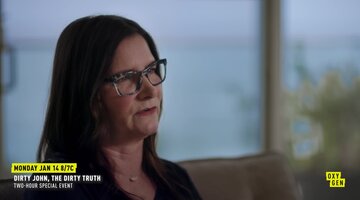 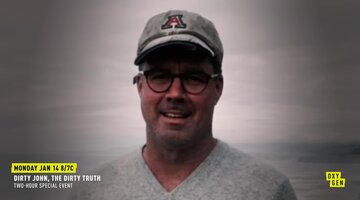 1:02
Preview
Dirty John, The Dirty Truth: A Different Side of John Meehan 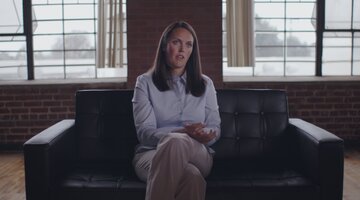 Best-known for terrorizing his wife Debra Newell and her family, John Meehan is the subject of the hit podcast “Dirty John.” Meehan claimed he was a wealthy anesthesiologist when he met Newell on a dating website in 2014. In reality, he was an out-of-work felon who conned Newell, the owner of a successful interior design firm, into marrying him after a mere two months of dating. One investigator told The L.A. Times that Meehan, who attempted to murder Newell’s daughter, Terra, was “the most devious, dangerous, deceptive person I ever met.”

But Newell and her daughter Terra were not Dirty John’s only victims. His first wife and their two daughters were fearful of him, too.

“I used to think he was always going to kidnap me,” said daughter Abigail Meehan in "Dirty John, The Dirty Truth," airing on Oxygen. “I always thought he was going to be out there and make a big scene, try to get me.”

Added John’s other daughter, Emily Meehan: “I remember on orientation day, when we would meet the teachers, my mom would have to tell the teacher, and let me know, that if a man comes, Emily’s father, she is not to leave under any circumstances.”

John Meehan’s first wife, Tonia Bales, mother to Emily and Abigail, was horrified at being forced to share visitation rights when the two divorced. After being married for nearly 10 years, Bales found out that Meehan had lied all along about his birthname and age. She also found out from Meehan’s mother, with whom she had never been allowed to speak, that he had a drug charge in California.

After searching their home, Bales found a box containing drugs that Meehan had stolen from his work at the time as a nurse anesthetist, according to The Los Angeles Times. She informed the police in September of 2000, and an investigation began.

“During this time he’s under investigation and I’m not allowed to say anything and I’m having to turn my children over to him knowing that he’s using drugs, and I’ve got to put them in the back seat of his car for visitation,” Bales told “Dirty John, The Dirty Truth.” “And knowing what I know that was one of the most difficult things that I’ve had to do. But unless you have a court order denying someone visitation, you have to turn your children over.”

After Meehan lost his job at the hospital, he blamed Bales and began to terrorize her. Bales recorded the threatening phone conversations.

“Tonia, you enjoy your time left on this earth, OK? Because that’s what it’s gonna come down to,” Meehan told Bales in one conversation, according to The L.A. Times.

Meehan was convicted of menacing Bales, and received a suspended sentence, according to The L.A. Times. He met his fate while attempting to murder Terra Newell, who stabbed him 13 times with his own knife in self-defense.

"Dirty John, The Dirty Truth" is available to stream on Oxygen, and includes interviews with people who knew John Meehan throughout his tumultuous life.

All The Crimes Tied To ‘Dirty John’ Meehan