Sign Up for Free to View
What Happened to Frank Stonemark? 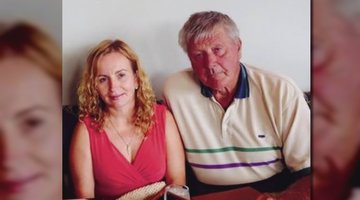 1:13
Preview
What Happened to Frank Stonemark? 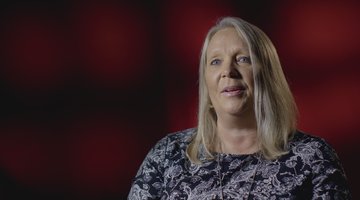 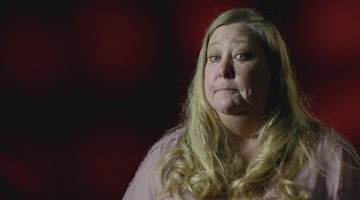 In Carbondale, Illinois hard-working entrepreneur Frank Stonemark, alongside his wife, Elaine, built a rental-property business into a big success. Their three children all had responsibilities in the family business. Their happiness would soon end, however, after a series of affairs and a horrific murder.

After more than 30 years of marriage, Frank and Elaine divorced. He bought her out of the business and went his way and she went hers, according to “Killer Couples,”  airing Fridays at 8/7c on Oxygen.

Members of the fractured family soon realized that then-55-year-old Frank had been having an affair with one of his tenants, Carmen Noland, 33. Frank appealed to his kids to accept Carmen, who he married in 2010.

By the fall of 2017, Frank was in his mid-70s. He’d been systematically delegating business responsibilities to his wife and other employers. He was ready to relax and settle into his golden years. But that never happened.

On October 30, Carmen told authorities that her husband had gone missing. She said that they’d argued the day before and he often escaped following quarrels. But being gone for a day was unlike Frank, who took medication for various ailments.

Investigators searched for Frank and his minivan, and contacted his ex-wife and his children. They had no information and were unable to help. Detectives cast a wider net, and reached out to business associates and searched Frank's various properties.

On November 3, Carmen contacted police to inform them that Frank’s passport was gone and that she believed he could be in the Dominican Republic. Before his divorce, he had had a vacation property there. However, investigators couldn’t find any evidence he bought a plane ticket or used his passport.

At this point in their investigation, detectives dug deeper into witness statements, bank records, and people who worked for Frank. One employee they spoke with was James Deese, 52, a maintenance man who recalled seeing Frank on October 29. At the time, Deese told authorities, Frank seemed upset but he didn’t know what was bothering him.

One of Frank’s longtime business associates told investigators that Frank had come to him several times asking for loans. On one occasion, Frank looked lethargic and had blood on his cheek. It seemed like he “might perhaps be in a daze,” the associate told “Killer Couples.”

Carmen attributed Frank’s financial straits to gambling, and detectives wondered if a loan shark could be behind the disappearance. But investigators soon discovered that Frank hadn’t used his player card in at least two years at nearby casinos.

A month into the search, Illinois detectives chased a new lead. They’d learned about a former handyman who allegedly had an affair with Carmen that led to an altercation with Frank. The man confirmed the relationship but had a solid alibi: He’d been incarcerated at the time Frank vanished.

Authorities were puzzled why Carmen hadn’t mentioned the relationship, so they dug deeper and found that Carmen had romantic relationships with various maintenance men. The infidelities tore at the marriage.

On March 17, 2018, nearly five months after Frank went missing, a vital clue emerged: His van was spotted in a store parking lot in Paducah, Kentucky. “It was just hiding in plain sight,” an investigator said.

An unexpected call to investigators from Deese confirmed that. Deese said that Frank wasn’t missing, he was dead. He said that at 10 p.m. on October 29, Carmen called him and told him she needed his help at her home.

When he arrived there, Deese claimed, Frank was dead on the floor. There was blood pooled around his head. Carmen offered no details of what went down. She forced him to keep mum or she’d see to it that he’d lose his job and home on a Stonemark property. Deese also admitted that he helped Carmen move the body to a rental property and drove the van across state lines.

As they worked to confirm Deese’s version of the events, Carmen contacted them to report that before Frank went missing there had been a break-in at a rental property. She named Deese as one possible suspect.

Authorities instructed Deese to call Carmen and demand that she tell police that she didn’t suspect him. She did just that, and her actions told investigators she knew more than she was letting on about her husband’s fate.

Detectives pressed Deese for more information and told him that if he wanted leniency and a plea deal, he needed to spill everything. They learned from him that not long after he and Carmen began sleeping together they hatched a plot to kill Frank.

Carmen needed Frank out of the picture to get his money. Deese explained that Carmen told him that he had to kill Frank so they could be together and “live happily ever after,” according to Lt. Jon Kilquist, Jackson County Sheriff’s Investigator.

Deese admitted that he was with Frank and Carmen at their home on October 29. Before the night ended, he strangled Frank.

“He grabbed Frank by the neck and told us he recalled squeezing his neck until he heard a pop,” Det. Patrick Horstmann, Jackson County Sheriff’s Investigator, told producers. Then they moved Frank’s body to a property 20 miles away.

They destroyed and burned the body months later. Carmen gave James a chainsaw, said investigators, and told him to cut up the remains. They dumped body parts into garbage bags and incinerated them in burn barrels.

Deese provided detectives with maps of where to find the barrels. At the scene investigators found visible traces of remains and sent material to the Illinois State Police crime lab for analysis.

In July 2018, Deese pleaded guilty to first-degree murder and concealment. He agreed to testify against Carmen as part of a plea bargain.

On July 11, 2018, investigators brought Carmen in for a formal interview. She was unaware of how much they knew.

“Every time she was lying we would just kind of roll with it,” detectives told producers. At the end of the interview, they informed her that Deese had told them about the murder. She then asked for an attorney.

To learn more about the case, watch “Killer Couples,” airing Fridays at 8/7c on Oxygen or steam episodes here.

Calling All True Crime Fans
Oxygen Insider is your all-access pass to never-before-seen content, free digital evidence kits, and much more!
Sign Up for Free
All Posts About
Crimes of Passion
Related
True Crime Buzz

How To Watch Every Episode Of 'Killer Couples'