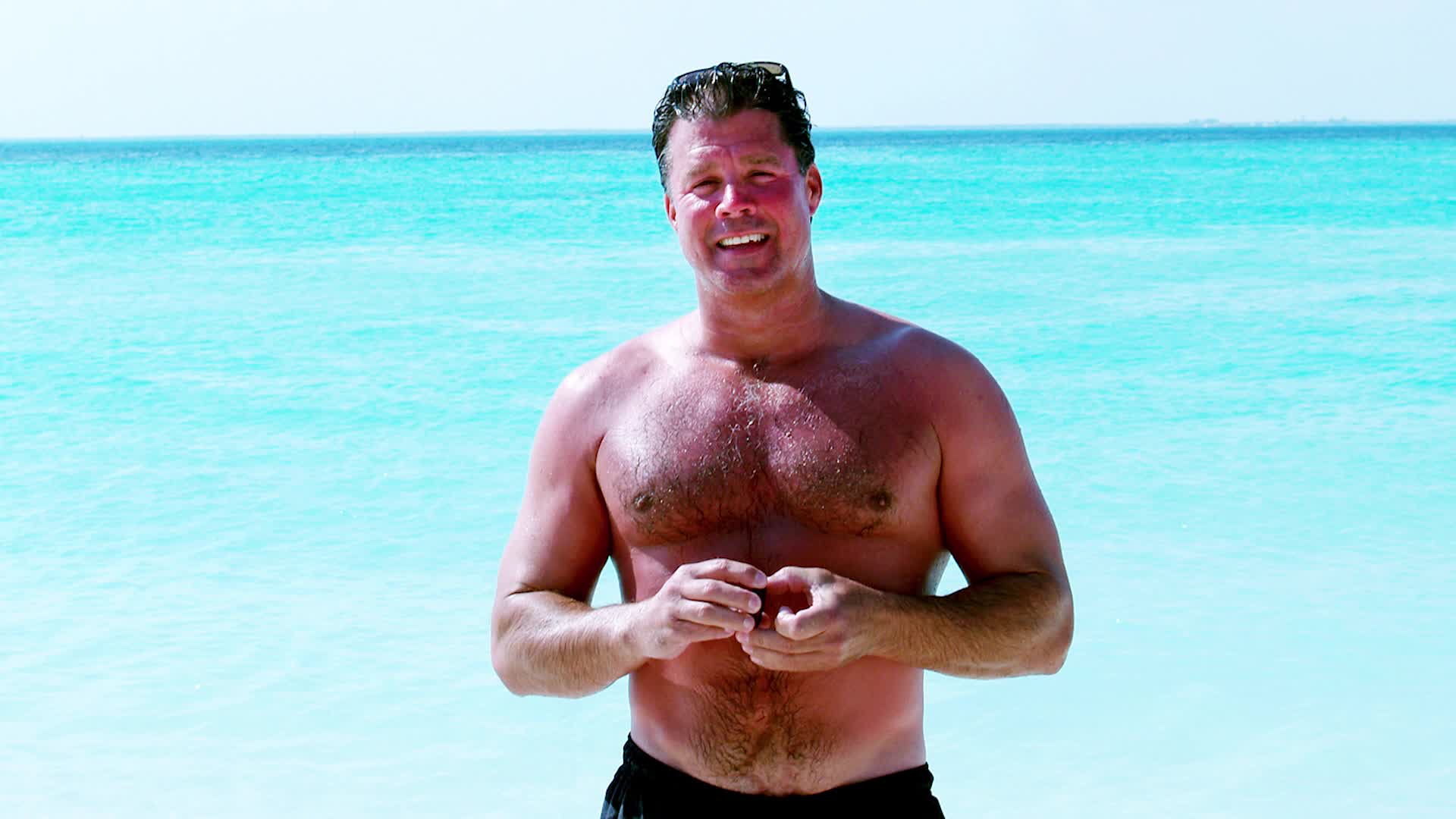 Online dating can be a real gamble because you have no idea who you're about to encounter on that first date: The love of your life? Someone who's so dull they make the DMV seem like a riveting adventure? Or a charming con man with a lie prepared for every question you ask? That's exactly what Debra Newell encountered when she joined an online dating site and met eventual husband John Meehan, who had the very apt nickname "Dirty John."

Their relationship, which inspired a Los Angeles Times article and a podcast, is a perfect example of online dating gone wrong. That's why Bravo's newest scripted series, "Dirty John," which is based on these true events and premieres Sunday, November 25 (and fans can get a first look at the seductive scripted anthology series “Dirty John” when the pre-linear premiere debuts on YouTube, BravoTV.com, VOD and the Bravo App), is the perfect show to watch before swiping through Tinder. But if the show has you wary of encountering murderers and stalkers on dating apps, just consider all these other more common online dating "crimes" you're likely to come across.

"Order anything you want off the menu," they'll grandly intone. "Oh no, not that menu. The dessert menu."

Look, no one should be expected to pay on the first date, and no one should be shamed for sticking within their budget. Fiscal responsibility is a great quality! But it is absolutely an uncomfortable experience to have someone ask the waiter for the cheapest wine on the list, beg you to split an appetizer and glare at you when you suggest you maybe just want to have an entree to yourself, or worst of all, refuse to tip. Anyone who thinks service workers deserve $0 for pouring them wine and politely ignoring their awkwardly rehearsed first date banter should be on an FBI watch list.

On a similiar note, another severe dating "crime" is being rude to staff at the date venue. Again, these people are doing them the favor of not laughing in their face as they pretend talking about where they went to elementary school is an interesting conversation starter. Being rude, dismissive, or condescending to people who are literally serving them just indicates poor character — which could mean much worse behavior than rolling their eyes at the waiter (like rolling the waiter's eyes into a pie) is on the way.

It's natural to want to impress someone on a first date. While that might mean someone is tempted to flaunt their knowledge or taste, it does not mean that they should be belittling you. When you first meet someone, they should absolutely not be sneering at you if you order the steak medium, explaining to you how they think your job works, or acting dismissive when if you mention, say, how important astrology is to you. Condescension is a turn-off, plus you know who else thought they were superior to everyone else? Charles Manson, and look at how that turned out.

Constantly On Their Phone

The whole point of setting aside time for a first date is to get to know one another, not to simply have an audience as one scrolls through Instagram. Not only does constant phone checking slaughter any conversation in its tracks and signal boredom, it could also be a hint that a person has trouble communicating face-to-face rather than via screens. Is that because they don't want to risk their facial tics giving away their murderous intentions or because they just don't have good manners? Up to you decide.

Whether they immediately forget details you just shared (if they start calling you by the wrong name repeatedly, run), or just totally dominate the conversation, it's a bad sign — they clearly aren't good at communication, which is essential in a relationship. Someone who just drones on and on about their own life without asking you any questions clearly isn't interested in learning much about you, just having a captive audience to brag to about their accomplishments. Ahem, notice I used the word captive.

First dates are nerve-wracking, and it can be tempting to have a drink beforehand to help with the anxiety. That's totally normal! What is not normal or charming is getting absolutely hammered on a date. A first date is all about making a good first impression, and getting too drunk is, well, not going to do that. Instead, it can come off careless and sloppy, and it also means you didn't get a chance to really meet. Plus, how much will they actually remember about you or the date? You can't really build a foundation if one person has literally no idea what you talked about.

No one wants to play second fiddle to someone else, and that's exactly what it feels like you might become when your date constantly brings up an ex-partner. We get it, Shelby also like pugs and had hair, but is that really relevant to a stranger? No, it is not, and it just signals that they literally cannot stop thinking about their ex and they're not ready to, either. A significant other should have eyes only for you — how many relationships have ended in disaster (like, strangling and dismembering disaster) because someone was pining over another person? Pass.