Sign Up for Free to View
Where Is Jennifer Reali Now? 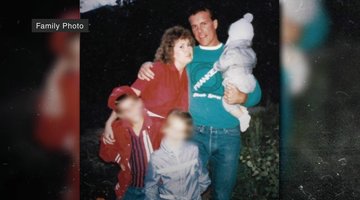 6:03
Preview
An Exclusive First Look into the Case of Dianne Hood 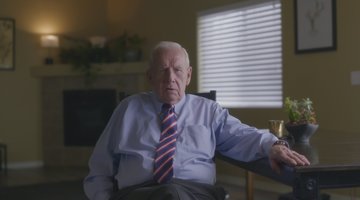 1:34
Exclusive
Where Is Jennifer Reali Now? 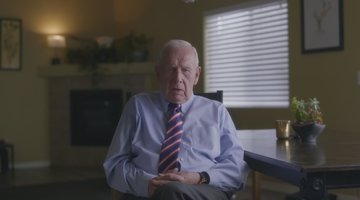 After a young mom was gunned down, investigators uncovered a heinous and unholy plot that began at the victim’s own home.

On September 12, 1990, Dianne Hood, a 32-year-old mother of three, had just left a lupus support group at a community center in Colorado Springs, Colorado when the unthinkable occurred. A masked assailant in military garb grabbed Hood’s purse from behind and then shot her.

The bullet pierced Dianne’s back and knocked her to the ground. As she writhed in agony, the assailant stood over her, cocked the weapon, and fired a second shot, a witness told police who responded to a 911 call. Dianne was rushed to a hospital, where she was declared dead on arrival.

Aided by a canine unit, police recovered Dianne’s purse not far from the crime scene. It contained no credit cards or money. Nearby, investigators found an Army field jacket, military fatigue pants, a black ski mask, and glove inserts. The shooter -- described as being 5-feet-6 and stocky -- may have been in the armed services.

Investigators initially believed that Dianne could have fallen victim to a robbery gone wrong, they told “Mastermind of Murder,” airing Sundays at 7/6c on Oxygen. At the same time, according to Brian Ritz, a retired Colorado Springs Police Department detective, officials questioned that theory because it was unlikely that anyone would carry much money to a support group. Had Dianne actually been targeted?

Hours after the murder, detectives spoke at the hospital with Dianne’s husband, Brian, a successful insurance salesman and devoted church-goer who’d met his wife in college.

It’s standard procedure to consider family members in a murder, but Brian had an alibi. He was home watching the couple’s three kids. A former all-American football player who stood 6-feet-3, Brian didn’t fit the description of the 5-feet-6 shooter. “We didn’t have any real reason to believe that he was involved,” said Ritz.

Investigators zeroed in on a bullet recovered from Dianne’s body. Ballistics analysis revealed that it had been fired from an antique gun, an 1870s Colt 45 Peacemaker. Police questioned whether the firearm, which must be fully cocked before firing, had been stolen or if the shooter was a collector of vintage weapons.

They also lifted another clue from the recovered clothing, which had dog hair on it. The suspect could be a dog owner.

A day after the shooting, a lead came in thanks to a local business owner. A florist who’d read about Dianne’s murder called police and said that he suspected an employee, Jennifer Reali, a 28-year-old married mother of two, was having an affair with Brian Hood.

Investigators learned that Jennifer’s husband, Ben Reali, an Army intelligence officer, was stationed at Fort Carson. Their marriage was at times strained. He was also an antique gun collector.

During an interview with investigators, Ben Reali said that he owned an antique .45 caliber revolver like the one that killed Dianne. He had recently moved it from its usual storage place at an armory to his home.

Two days after Dianne’s murder, Ben met with investigators for more questions. He handed over his antique Peacemaker to authorities, and after inspecting the military fatigues found near the community center murder scene, said the clothes could very well be his. Ben also gave a solid alibi for his whereabouts when Dianne was killed.

Ben added that he and Jennifer had been separated at the time of the murder. Jennifer had asked him to bring the Peacemaker home for her personal protection. Days after asking for the gun, Jennifer insisted that Ben take the gun out of her house.

Jennifer Reali became a person of interest in the case, as detectives grappled with how a mother could kill another mom, they told producers. Police executed a search warrant on the Reali home and vehicles. Hair from the Realis' dog matched hair found on the clothes near the crime scene. A ballistics test came back 90 percent certain that Ben's gun was the one used to kill Dianne.

Questioned by police, Jennifer denied guilt about the murder but admitted that she met Brian in a hot tub at their gym. She insisted it was platonic. Because he was happily married and devoted to his faith, the relationship was safe.

Gym employees, however, told a different story, according to investigators. Brian and Jennifer behaved like a couple, they said. Aiming for a confession, Ritz confronted Jennifer with this information. With Ben Reali at her side, Jennifer confessed everything about her relationship with Brian and Dianne’s murder.

Jennifer explained that her relationship with Brian had begun innocently but that it turned sexual. She was seduced by Brian Hood’s physicality and his faith, investigators told “Mastermind of Murder.” Jennifer eventually confessed to shooting Dianne, saying, “I did it.”

Then she dropped another bombshell. She said she committed murder at the behest of Brian, who bolstered his request with Bible passages. He told Jennifer that because they’d had sex they were one and that it was “God’s plan” that she kill his wife. He added that Dianne was in pain because of lupus and killing her would bring her relief. He told her to shoot Dianne twice.

Two days after the shooting, Jennifer Reali was arrested for murder and conspiracy. Brian Hood was also charged in the crime. His lawyers maintained that after Brian ended their affair, Jennifer killed his wife. Jennifer was called the “Fatal Attraction Killer" in media.

Prosecutors needed Jennifer’s testimony against Brian to convict him, and she agreed to do that if they wouldn’t seek the death penalty for her. A deal was struck and prosecutors built their case against Brian, who they learned had discussed killing his wife with friends. Brian had also taken out a $100,000 life insurance policy.

A year after Dianne’s murder, Brian Hood’s trial began. Investigators recalled the impact of Jennifer Reali’s testimony: “Anybody could just feel the pain that this woman was in now realizing that she had been manipulated.”

Brian Hood was convicted of second-degree murder and conspiracy. In 1992, he was sentenced to 37 years in prison. He served 27 years and was paroled on March 11, 2019.

Jennifer Reali was found guilty of murder and sentenced to life in prison with the possibility of parole. After 26 years, she was released to a halfway house and died of pancreatic cancer three months later.

To learn more about the case, watch  “Mastermind of Murder,” airing Sundays at 7/6c on Oxygen, or stream episodes here.