Sign Up for Free to View
Murder and Justice Bonus: Was Kenneth Littleton Involved In Martha Moxley's Murder? 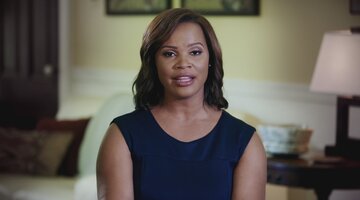 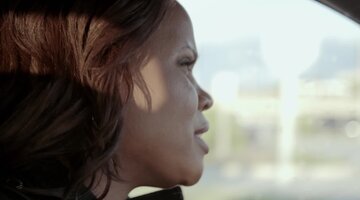 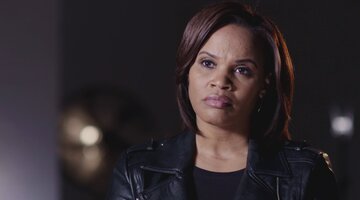 It’s been more than four decades since 15-year-old Martha Moxley was found dead, beaten and stabbed to death by a golf club in the backyard of her family’s Greenwich, Connecticut, home, and it’s still unclear what happened to the young woman.

No suspect was arrested right away — it took decades, until the early 2000s, for anyone to be convicted of her murder. But though her neighbor at the time of her death Michael Skakel was arrested, tried, and found guilty of her murder, a series of appeals resulted in Skakel’s conviction being overturned.

To this day, the murder of Martha Moxley remains unsolved, and her mother, Dorthy Moxley, continues to fight for justice, contending in 2018 that there was “no doubt” Skakel killed her daughter, reported The New York Times. Skakel, meanwhile, maintains his innocence.

It’s a case with many different twists and turns, one that spans decades. Here’s a breakdown of the confusing case:

Martha Moxley, 15, does not return after an evening out with friends in her Greenwich neighborhood. Her last stop was at the home of her neighbors, Michael Skakel, also 15, and his older brother, Thomas, 17. The two are nephews of Ethel Skakel, who was married to Senator Robert F. Kennedy.

Martha’s body is found partly concealed by pine trees in her backyard, beaten and stabbed. A broken golf club found nearby is believed to have been used in the murder. The club had apparently been shattered in the attack. Tommy Skakel is questioned by police, reported CNN.

Police trace the golf club to a set from the Skakel family, reported The New York Times. Tommy, and the Skakels’ live-in tutor Kenneth Littleton are interviewed and given lie detector tests. Tommy passes, while police note that Littleton “was not truthful in answering the key questions," according to the Hartford Courant. Neither are charged in connection with the case.

Michael is charged with drunken driving, reported CNN. The Skakel family works out a deal with police so Michael can avoid prosecution. Michael attends the Elan School in Poland Spring, Maine, which treats children with substance abuse problems. He was enrolled for two years, and classmate Gregory Coleman claims that Michael said in a group therapy session he killed Martha, according to The New York Times. The institute’s owner, Joe Ricci, denies Michael ever made the confession.

The murder investigation is reopened, reported The Hartford Courant, following a rumor that William Kennedy Smith was at the Skakel home the night of October 30, 1975. The report was later discredited, but interest in the case was reignited.

Writer and investigative journalist Dominick Dunne publishes “A Season in Purgatory,” a novel inspired by the murder of Martha Moxley. The plot revolves around the killing of a Connecticut teenager named Winifred Utley, who was bludgeoned to death with a softball bat. Her neighbors, the Bradley family, are wealthy and politically well-connected. The son of patriarch Gerald Bradley is ultimately accused of the crime.

A report is leaked to press: The Skakel family had hired private investigators, who re-interviewed Tommy and Michael. According to Len Levitt, the author of “Conviction: Solving the Moxley Murder,” Tommy admitted in that interview he lied to police in 1975. He previously claimed he had last seen Martha at 9:30 p.m. the evening she was murdered. He now claimed the two engaged in mutual masturbation outside his home, and she left just before 10:00 p.m. Michael also reportedly changed his story in this interview. He allegedly told the investigator that instead of going to bed after returning from his cousin Jimmy Terrien’s home at 11:00 p.m., he climbed a tree outside Martha’s window around midnight and masturbated.

An investigator and one-man grand jury — served by superior court Judge George N. Thim — are appointed to review information in the Martha Moxley case. According to CBS News, though rare, a prosecutor can request a one-man grand jury following the failures of other investigative practices. Former suspect Littleton testifies in exchange for immunity. According to The New York Times, the investigation began to focus on Michael and Tommy, who deny any connection to the slaying. Mildred Ix, a family friend of the Skakels and neighbor of the Moxleys, speaks to the grand jury. She claims her daughter, Helen, who was also 15 at the time, had been hanging out with Martha, Tommy, and Michael the night Martha was murdered.

Elan School owner Joe Ricci declines to testify before the grand jury, but the prosecution argues in court papers that he “overheard Michael Skakel make admissions to the murder of Martha Moxley.”

Judge Thim releases report ruling there is enough evidence to bring murder charges against Michael Skakel, reported CBS News. Michael, now 39, is charged as a juvenile for the murder of Martha Moxley because he was 15 at the time of the killing, reported AP. He surrenders to police and is released on $500,000 bond.

After appearing in court to face the murder charge, Michael leaves court and comes face-to-face with Dorthy Moxley. “I feel your pain,” he tells her. “But you’ve got the wrong guy.”

Two of Michael’s former Elan School classmates, John D. Higgins and Gregory Coleman, testify at a pre-trial hearing. Higgins says Michael revealed that he had fragmented memories of the crime, while Coleman testifies that Michael once told him, “I am going to get away with murder. I am a Kennedy.”

Boyhood friend Andy Pugh testifies that Michael told him that on the night of Martha’s murder, he had climbed a tree and masturbated in it. Pugh believed the tree that Michael described was not the one outside Martha’s window, but that it was the tree above where Martha’s body had been discovered, reported The New York Times.

A judge rules that Michael Skakel be tried as an adult instead of a juvenile because “there is no available or suitable state institution designed for the care and treatment of children to which the Juvenile Court could commit the now-40-year-old respondent that would be suitable for his care and treatment, should he be adjudicated delinquent for the murder of Martha Moxley,” wrote Judge Maureen Dennis.

The three-week trial concludes, and Michael is convicted of murdering Martha Moxley, reported AP News. According to The New York Times, though no physical evidence linked him to the crime, the jury heard of Michael’s various “incriminating statements and erratic behavior” following Martha’s killing.

Michael is sentenced to 20 years to life in prison. He gives a statement, speaking for the first time during his trial, and proclaims he is innocent.

Michael’s attorneys challenge the conviction on several grounds, including that the state exceeded the five-year statute of limitations (which was active in 1975), that the prosecution prejudiced the jury during its closing argument, and that the state suppressed evidence that might have led to Michael’s acquittal, reported The New York Times.

Environmental lawyer and former prosecutor Robert F. Kennedy Jr., Michael’s cousin, published a 15,000-word essay in The Atlantic titled “A Miscarriage of Justice,” which claimed that the state’s case against the Skakels’ live-in tutor Kenneth Littleton was stronger than the case against Michael.

The conviction is upheld by the Connecticut Supreme Court.

A petition for a new trial is filed. Michael’s former classmate, Gitano “Tony” Bryant, contends two of Bryant’s friends were involved in the murder, not Michael.

A judge, who states Bryant’s statements are not reliable, denies the petition for a new trial.

Michael’s fourth attempt at overturning his conviction is denied by a panel of the Connecticut Supreme Court.

A new trial is ordered by a Connecticut Appellate judge. Judge Thomas Bishop contends that Sherman's representation of Skakel was "constitutionally deficient." Judge Bishop writes, “The defense of a serious felony prosecution requires attention to detail, an energetic investigation and a coherent plan of defense (capably) executed. Trial counsel's failures in each of these areas of representation were significant and, ultimately, fatal to a constitutionally adequate defense.”

Michael is released on $1.2 million bail after more than a decade behind bars.

An attorney for Michael argues for a retrial at the Supreme Court of Connecticut and points to Michael’s brother Tommy as the possible murderer. The prosecution asserts Michael’s murder conviction should be reinstated.

Robert F. Kennedy Jr. publishes “Framed: Why Michael Skakel Spent Over a Decade in Prison for a Murder He Didn’t Commit.” The book attempts to clear Michael’s name and claims two Bronx teenagers were the ones responsible for Martha’s murder. Neither men identified are charged in connection with the case and both deny involvement.

Michael’s murder conviction is reinstated by the Connecticut Supreme Court, which found the legal representation at his 2002 trial to be competent.

A motion is filed by Michael’s legal team to reconsider the Connecticut Supreme Court ruling.

The Connecticut Supreme Court, in a 4 to 3 ruling, reverses its decision and vacates Michael’s conviction, claiming Sherman should have given evidence of Michael’s alibi during the 2002 trial. The State has not announced if it will move forward with a retrial.

To learn more about the infamous Greenwich slaying, watch “Murder and Justice: The Case of Martha Moxley,” a three-part event series airing Saturdays at 7/6c on Oxygen.

Calling All True Crime Fans
Oxygen Insider is your all-access pass to never-before-seen content, free digital evidence kits, and much more!
Sign Up for Free
All Posts About
Martha Moxley
Related

What Is Michael Skakel's Connection To Martha Moxley Case?