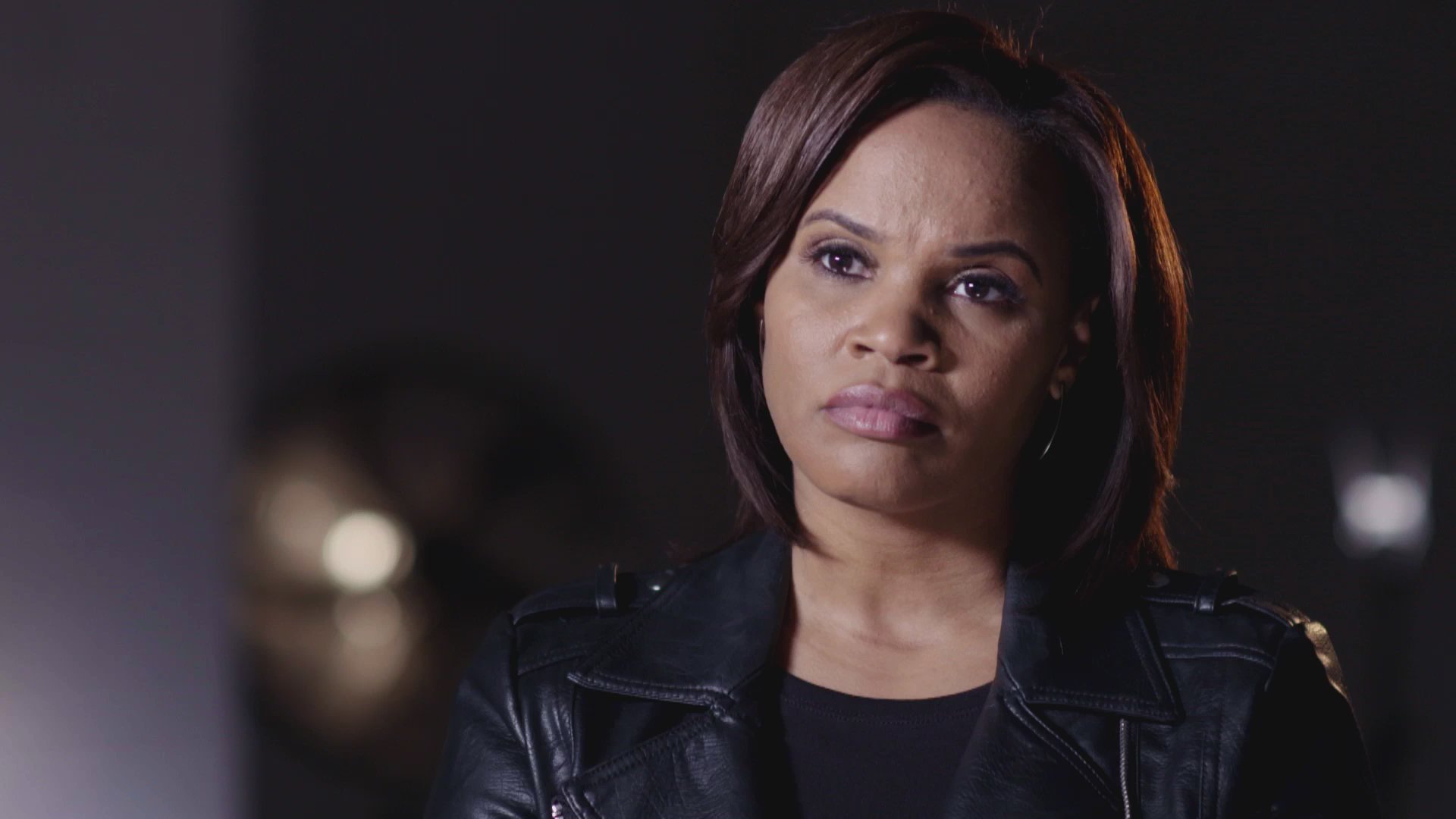 On October 31, 1975, 15-year-old Martha Moxley was found beaten and stabbed to death in the backyard of her family’s home in Greenwich, Connecticut. The brutal murder of the young woman would have long-lasting effects on the community as police hunted for her killer. To this day, there are no definitive answers in the Moxley murder case.

There was some movement: Police were able to locate the murder weapon, a shattered golf club, near Martha’s body, although it would be almost 25 years until an arrest was made in the case. Michael Skakel, Robert F. Kennedy’s nephew and Martha’s neighbor, was charged with her murder in 2000, and he was later found guilty and sentenced to 20 years to life in prison. A series of appeals resulted in Michael’s conviction being overturned by the Connecticut Supreme Court in 2018, and prosecutors have yet to announce if they will retry Skakel for Martha’s murder. Michael continues to maintain his innocence.

But Michael hasn’t been the only person associated with the case. Alternate theories have been floated about what happened that night. Below are four.

Martha Moxley went missing the night of October 30, 1975, after a night out with friends in her Greenwich neighborhood. Her last stop that evening was at the Skakel home to visit Michael, also 15, and his older brother Thomas “Tommy” Skakel, 17. The golf club believed to have been used in the murder was traced back to a set from the Skakel family, reported The New York Times, but no DNA evidence connected Michael to the murder weapon or crime scene.

These weren’t the only reasons armchair sleuths and investigators have considered Michael a suspect.

When Michael was first interviewed by police, he claimed he had left his house at approximately 9:15 PM to go to his cousin Jimmy Terrien’s house, and that he had returned home around 11:00 PM. But in interview with a private detective obtained by the Skakel family that was leaked to press in 1995, Michael said after he came back home, he climbed a tree outside Martha’s window at midnight and masturbated in it, according to Len Levitt, author of “Conviction: Solving the Moxley Murder.”

At a pretrial hearing in 2000, Michael’s childhood friend Andy Pugh testified he believed Michael had committed the murder, recounting a phone call he had with Michael in 1991. According to Pugh, he confronted Michael about his suspicions, and Michael denied killing her but admitted he had masturbated in a tree the night Martha died. The tree Michael described, however, was not outside Martha’s window. It was the tree right above where Martha’s body had been discovered, reported The New York Times.

Two of Michael’s former Elan School classmates, John D. Higgins and Gregory Coleman, also testified. Higgins said Michael disclosed to him he had fragmented memories of the crime. Coleman testified Michael once told him, “I am going to get away with murder. I am a Kennedy.”

According toThe New York Times, though no physical evidence linked Michael to the crime, the jury was moved by Michael’s various “incriminating statements and erratic behavior” following Martha’s killing. At sentencing, Michael proclaimed his innocence, and more than a decade later, he was released from prison — based on his deficient legal representation at trial — on $1.2 million bail. His conviction was later vacated.

Martha’s mother, Dorthy Moxley, continues to fight for justice and contended in 2018 that there was “no doubt” Michael killed her daughter, reported The New York Times. Michael maintains he had nothing to do with Martha’s murder.

In the immediate years following Martha’s murder, Tommy Skakel was identified as a suspect — along with several others — and given a lie detector test, which he did pass, reported the Hartford Courant.

But Tommy was also re-interviewed by the Skakel family private investigator some time before 1995, where admitted he had lied to police during his original 1975 interview, according to Len Levitt.

At the Supreme Court of Connecticut in February 2016, Hubert Santos, a lawyer for Michael,  argued Michael deserved a new trial and Tommy was the suspect most likely responsible for Martha’s murder, reported The New York Times.

According to Santos, although police did not have enough evidence to charge Tommy with the crime, “the weight of the evidence is that Tommy Skakel killed Martha Moxley. That’s what Greenwich police believed for 10 years.” Santos went on to say evidence presented during an older petition for a new trial “leads to the inescapable conclusion that the probable killer was Tommy Skakel.”

Tommy maintains his innocence and has never been charged in the case.

The Skakel brothers weren’t the only ones catching the eye of law enforcement: Someone else in their household originally did, too. The Skakels’ live-in tutor, Kenneth Littleton, was also identified as a suspect early on in the investigation and given a lie detector test. Police noted that Littleton “was not truthful in answering the key questions," according to the Hartford Courant.

The outlet also reported that in the months following Martha’s murder, police discovered Littleton had been arrested the previous summer on burglary charges in Nantucket and that acquaintances described his behavior as “strange.”

When police informed the private school where Littleton also taught of his past crimes, he was fired from his position and left Greenwich. According to Len Levitt, Littleton then experienced multiple “mental and alcoholic breakdowns.”

Littleton’s mother’s told Levitt her “family is ruined over this.”

“My son became an alcoholic. His brain was nothing. He couldn’t get a job. My husband and I were at each other’s throats over what we should do. I’m so bitter. We were so naïve. We’re poor people, my husband and I,” she said.

Littleton’s mother also said: “We don’t have the money [the Skakels] do to protect ourselves. They’re probably just going on living their lives as though nothing happened.”

In 2003, environmental lawyer and former prosecutor Robert F. Kennedy Jr., Michael’s cousin, published a 15,000-word essay in The Atlantic titled “A Miscarriage of Justice,” which claimed the state’s case against Littleton was stronger than the case against Michael.

Littleton has never been charged in connection with Martha’s killing or any other murders. He denies any involvement.

In July 2016, Robert F. Kennedy Jr. published “Framed: Why Michael Skakel Spent Over a Decade in Prison for a Murder He Didn’t Commit.” The book was an attempt to clear Michael’s name and claimed two Bronx teenagers, Burton Tinsley and Adolph Hasbrouck, were the ones responsible for Martha’s murder.

According to Levitt, Kennedy’s allegations were based on information provided by Gitano “Tony” Bryant, who had originally floated the theory to Kennedy back in 2003 after reading his article “A Miscarriage of Justice” in The Atlantic.

Bryant had gone to school with Michael before moving to the Bronx, where he met Tinsley and Hasbrouck. The two would reportedly accompany Bryant on his trips back to Greenwich.

Bryant allegedly told Kennedy he was in Greenwich the night of Martha’s murder along with Hasbrouck and Tinsley. According to Bryant, the two were “inebriated and out of control” and made “sexually charged comments to some of the girls.” Kennedy claimed Hasbrouck and Tinsley later told Bryant they killed Martha.

Neither has ever been charged in connection with the case or identified as a suspect by police, and Bryant’s claims have never been verified. In fact, Bryant has refused to go on record about his statements.

“I was there in Greenwich the night of the murder,” he told the outlet. “I didn't see anything. … I didn't see the murder take place. I don't know who killed her.”

When Michael’s defense team was attempting to seek a new trial in 2007, his attorneys introduced Bryant’s claims to a Connecticut judge, who said they “lacked credibility” and were “absent any genuine corroboration.”

Still, Kennedy stood by Bryant’s claims in “Framed,” writing, “Using the evidence I have cited in this book, prosecutors have sufficient cause to indict Burton Tinsley and Adolph Hasbrouck for Martha Moxley’s murder.”

Both Tinsley and Hasbrouck have denied having anything to do with Martha’s death. In an interview with Levitt, Hasbrouck recalled that Kennedy had contacted him in 2003 and questioned if he knew Bryant, later asking if he had Tinsley’s phone number.

“I thought nothing of it,” said Hasbrouck. “I had no indication of his plan to use me as a scapegoat in his cousin’s defense.”

To learn more about the infamous Greenwich slaying, watch “Murder and Justice: The Case of Martha Moxley,” a three-part event series airing Saturdays at 7/6c on Oxygen.