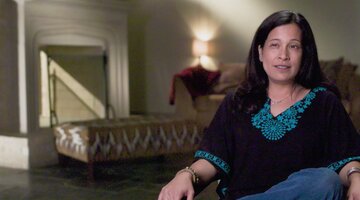 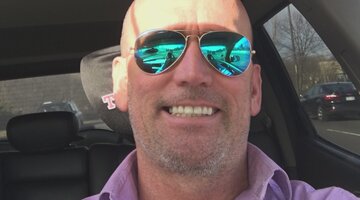 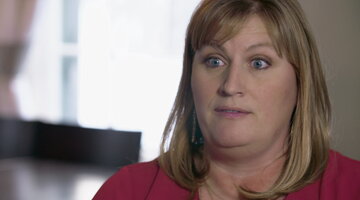 When con man Derek Alldred romanced more than two dozen women out of $2 million, he adopted esteemed, masculine personas that were designed to attract his female victims. Often targeting intelligent but vulnerable single women looking for longterm companionship, Alldred purchased costumes props and apparently even office space for his aliases, to quell any doubts the women had about the "too good to be true" match.

In the documentary "Seduced By Evil," premiering February 9 at 8/7c on Oxygen, nine of Alldred's victims open up about their relationships with the serial scammer and his convincing facades.

From 2013 to 2014, Alldred reportedly deceived at least four women into believing he was a savvy financier involved in million-dollar deals. Going by "Derek R. Allarad," Alldred told Minnesota school teacher JoAnn Venhuizen, who he met through Match.com, that he was an international banking lawyer.

"He had a lot of fancy things going on in his world," Venhuizen told the creators of "Seduced By Evil." "Big money, big bank accounts, fancy restaurants, fancy wine, fancy car."

Once, when Venhuizen called his law office, a secretary answered the phone for attorney "Derek R. Allarad." Alldred also took Venhuizen to a building in downtown Minneapolis, where he showed her the front door of his practice, complete with the name placard "Derek R. Allarad."

While dating Kimberly, a doctor he met on Match.com, Alldred used his real name but told her he was part owner of a financial firm.

"I call the number that he has and I get a secretary who has worked for him. His LinkedIn account — he had reviews," said Kimberly, who told "Seduced by Evil" that when her father first became skeptical of Alldred, she "went to great lengths to check" Alldred's identity. "It didn't look suspicious at all. I couldn't find anything."

While scamming women in 2016 and 2017, Alldred appears to have abandoned his banking personas and assumed roles associated with the Navy and Department of Defense. Now going by the name "Rich Peterson," Alldred met nuclear scientist Linda Dyas on OurTime.com, a dating site for mature relationships. Alldred told Dyas he was a reservist in the Navy and was finishing up his Ph.D. in political science at a nearby university.

"He had everything that you would think a military guy would have. One of the certificates was for his SEAL team training, one was for a Purple Heart," Dyas explained to "Seduced By Evil."

He continued the Navy reservist persona with former flight attendant Missi Brandt, who also met Alldred on OurTime.com. As "Richie Peterson," Alldred told Brandt he had completed eight tours in Afghanistan, and he would often spend time with Brandt and her daughters in full uniform.

"My dad served, my grandpa served," said Brandt. "I was completely in awe over being able to date somebody who has done what he's done."

During their relationship, Alldred even gave Brandt his fake dog tags.

"[He] said, 'Guys are supposed to give their girlfriends the other dog tag.' I was touched. Butterflies," she said. "I felt happy."

When Alldred met Dorie, a human resources manager, on PlentyOfFish, he was calling himself "Rich Tailor." He said he was an employee for the Department of Defense and worked as a Navy jet pilot. Alldred would often answer his phone as "Captain Tailor" and had Dorie drop him off at the airport in full military uniform. He told Dorie he had business with the Naval Criminal Investigative Service in Washington.

"[H]e was back and forth with a number of people on his team. It was top secret stuff," she said.

Badges of "Richard Tailor," one of Derek Alldred's many military personas.

"One of the main things that we at NCIS do is protect the integrity of the Department of the Navy and the military," NCIS Special Agent Michael Elkheir told "Seduced By Evil." "If you wear a military uniform and you didn't serve, if you benefit from that uniform, that's stolen valor."

This was not the first time, however, that the con man had been investigated for wearing fake uniforms. In 2005, Alldred was caught using a firefighter uniform to obtain pain medication from a California hospital emergency room.

According to Twin Cities Pioneer Press, Alldred had acquired a fake badge, a uniform with the collar brass of a battalion chief, and a hat. During the Department of Forestry's investigation into Alldred, it was discovered he had used 38 aliases, 13 Social Security numbers and eight dates of birth.

Firefighter shirt purchased by Derek Alldred to get pain medication from emergency rooms.

In a 2017 interview with Special Agent Elkheir, Alldred admitted he had purchased his fake military credentials "off eBay ... just for the hell of it." He also told investigators he had never worn the costumes in public, but surveillance footage caught him in a fake military uniform at Dallas/Fort Worth airport.

A year later, Alldred was sentenced to 24 years in prison for one count of mail fraud and two counts of aggravated identity fraud. He is currently incarcerated at a penitentiary in Lompoc, California.

To learn how Alldred's victims banded together to bring down the romance scammer, watch “Seduced by Evil,” a 90-minute special premiering on Oxygen on Saturday, February 9, 8/7c.