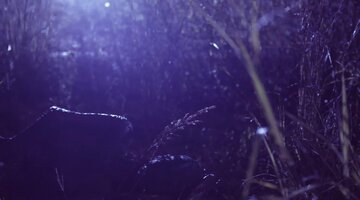 1:58
Preview
What Happened to Howard Sewell? 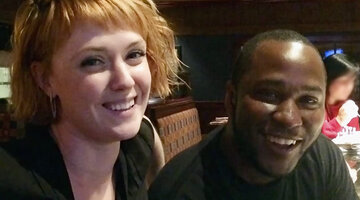 1:35
Preview
A First Look at the Murder of Howard Sewell 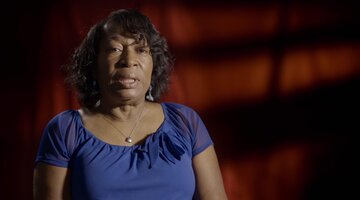 Everybody loved Howard Sewell, whether it was his friends, family, or co-workers. When he went looking for love, however, he wound up dead.

Howard Louis Sewell Jr. was born in 1981 in Vicenza, Italy. His parents were in the U.S. Army and stationed there at the time. He was the second of three children and the only boy.

“Howard Sewell was in between Faith and I, so he was like our little watchman. He watched over us at all times and he was always comforting for us,” older sister Kenyatta Sewell-Austin told “Snapped: Killer Couples,” airing Sundays at 6/5c on Oxygen.

In his 30s, Sewell shared an apartment with his sister Faith in Smyrna, Georgia. They both worked for Van Michael Salon, which has various locations in and around Atlanta.

On Sunday, May 29, 2016, Sewell would turn 35. He made plans to celebrate with friends — but then he moved the date from Sunday to Monday at the last minute. It was the last anyone heard from him.

“On Tuesday, mid-morning, the location that he worked at actually called me and said, ‘Hey, we’ve tried calling Howard. He was a no-call, no-show,’" sister Faith Sewell Melton told “Snapped: Killer Couples.”

“I tried calling him multiple times and I didn’t get an answer. I know my brother and I know he wouldn’t ignore my calls unless something was going wrong. It just didn’t feel right with me,” she explained.

Sewell’s family filed a missing person’s report with the Cobb County Sheriff’s Office. While the police launched their investigation, his friends put out the word on social media.

On June 3, 2016, a man walking his dog discovered a dead body behind an auto body shop in Paulding County, west of Atlanta, according to The Atlanta Journal-Constitution newspaper.

“The deceased victim had been wrapped in a tarp and lit on fire,” Paulding County Prosecutor Jesse Evans told “Snapped: Killer Couples.”

Investigators interviewed Sewell’s family and learned that the last time anyone spoke to him was on his actual birthday. He told his mother he had a date that night with a girl from Virginia who he had met online.

Following Howard’s murder, the Sewells received a disturbing phone call from an anonymous woman. She said she had overheard her boyfriend talking about Howard Sewell’s murder.

While the woman spoke to Faith, her sister Kenyetta pulled out her cell phone and recorded their conversation. The woman said Sewell's birthday date was a set-up for a robbery.

“They all got in a fight and, or, whatever, and it went wrong from there,” the woman says on the recording, which was obtained by “Snapped: Killer Couples.”

Investigators soon learned Sewell had gone to an apartment that belonged to a person named Chris Hanna. They also learned that, in the early morning hours of May 30, police were called to Hanna’s apartment following a complaint of shots being fired.

“Officers investigated the exterior area of the apartment complex but were unable to determine if shots were fired or if they were fireworks,” Marietta Police Detective Sgt. Michael Selleck told “Snapped: Killer Couples.”

Hanna popped up on police’s radar again that night when he drove 21-year-old Omar Savior to a Marietta hospital after he had been shot in the arm and leg. Accompanying Hanna and Savior at the hospital was 20-year-old Thadeshia Clark. After confiscating Hanna’s car and a handgun they found, all three of them were allowed to leave the hospital.

Hanna was a personal trainer who had befriended Clark at a local gym. Clark had moved to the area from Virginia and was studying to become a mortician. Savior, meanwhile, was Clark’s boyfriend and had recently arrived in Atlanta. Originally from Pittsburgh, he had been arrested for offenses such as drug possession, receiving stolen property, and weapons charges, according to the Associated Press.

Investigators executed a search warrant on Hanna’s apartment on June 10. They found it  empty  — no people and belongings — and smelling of cleaning fluids. Shell casings were found on the floor while bullets were discovered embedded in the walls.

Investigators also found a beat-up piano bench which would prove to be another crucial piece of evidence.

“I can remember the crime scene technician walking over to the bench and opening the bench and I looked inside and it was full of blood,” said Selleck. “That blood was later matched to Howard Sewell.”

Omar Savior was already in custody in Cobb County Jail on assault charges. Detectives interviewed him but he was uncooperative. Chris Hanna was also in custody on pandering charges, but he did agree to speak to authorities.

Hanna said that he and Clark had been friends and roommates for several years. Clark met Savior when he was sleeping on a park bench and asked Hanna if he could sleep on their couch. The couple soon fell in love.

Hanna claimed he he fell asleep drunk on the night of the murder, only to awaken to Savior’s screams after being shot. He said that after dropping Savior off at the hospital and returning home, he discovered Sewell’s dead body and alleged that Clark wanted to practice embalming him.

“He told me, ‘I think she just wanted to play with a dead body and she’s crazy.’ He became afraid of her, however, he wanted this body out of his house so he assisted her in wrapping the body, packaging it and they worked together, to load this body under the cover of night,” Hill explained.

After disposing of the body, Hanna claimed he and Clark returned home to clean the apartment. Clark subsequently left the place, never to return.

Chris Hanna was arrested and charged with concealing a death. Several days later, Thadeshia Clark turned herself in to police.

Clark admitted that her date with Sewell was a set up. After corresponding with him online, he was lured to Hanna's apartment with the intention of robbing him. When Sewell arrived, Savior appeared, brandishing a gun and demanded his money. But instead of acquiescing, Howard fought back.

“Howard was kind of in a fight for his life and he managed to get the upper hand on Omar, such that Omar actually lost the gun during the physical fight. Thadeshia picked up the gun at Omar’s request,” said Evans. “She mistakenly struck Omar but she also struck Howard a couple of times as well. And it’s at that point, that Howard was incapacitated enough that Omar could retrieve the firearm. He fired the fatal shot into Howard’s head.”

Thadeshia Clark and Omar Savior were arrested and charged with felony murder, aggravated assault, and armed robbery, and concealing a death, according to The Atlanta Journal-Constitution.

Christopher Dorian Hanna was convicted of concealing a death and sentenced to 15 years in prison with eight years to serve. He will be paroled in 2026.

In April 2018, Thadeshia Clark pleaded guilty to malice and felony murder in the death of Howard Sewell and was sentenced to life in prison with the possibility of parole, according to Atlanta Fox-affiliate WAGA-TV.

On the eve of his trial in July 2018, Omar Rasheed Savior pleaded guilty to malice and felony murder and was sentenced to life prison with the possibility of parole, according to the Marietta Daily Journal newspaper.

Thadeshia Clark and Omar Savior will both be eligible for parole in 2046.

A Group Of Teens' Campsite Part Ends In Murder