Sign Up for Free to View
How Should Karlyn Ramirez Be Remembered? 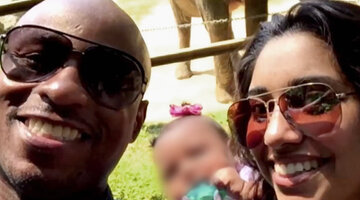 1:11
Preview
A Military Couple's Life Together Ends in Tragedy 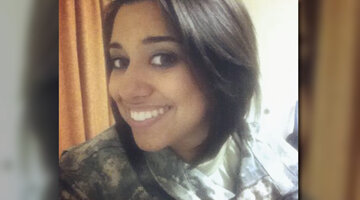 4:37
Preview
What Happened to Karlyn Ramirez? 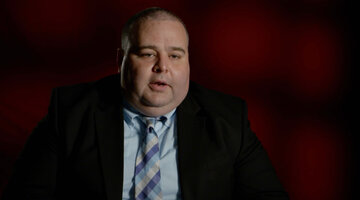 Karlyn Serane Ramirez wanted to make the world a better place and thought joining the Army was the best way to do that. Her greatest danger, however, was her relationship with another soldier.

She grew up in Del Rio, Texas and came from a long line of military women. Both her mother and aunt had served and she followed in their path.

“She went to college for a few years, got an associate’s degree, and then decided that the military would probably be a better fit for her,” sister Roxanna Ramirez  told “Snapped: Killer Couples,” airing Sundays at 6/5c on Oxygen.

While stationed in South Korea in 2013, Ramirez met Sgt. Maliek Kearney, a 35-year-old chemical weapons specialist who had served four tours of duty, including three in Iraq.

“He earned several awards and was well thought of by his colleagues in the military and he took great pride in his military service,” FBI Special Agent Jonathan Shaffer told “Snapped: Killer Couples.”

According to Roxanna, Karlyn “fell completely head over heels” for the confident, good-looking older man and the attraction went both ways. After dating for several months, she became pregnant with Kearney’s child.

Before their baby was born, the two got engaged. But their dreams of a life together hit a bump in the road when Karlyn was assigned to Fort Meade in Maryland, while Kearney was stationed at Fort Jackson in South Carolina.

On April 23, 2015, Karlyn gave birth to a baby girl. Kearney was able to make it to the hospital in time to see the birth of his daughter. Three months later, the couple was married.

“Their rush to get married was because she was a lower enlisted soldier and he was a senior and they had a timeline where they had to put something on paper before it was not allowed anymore,” retired Sgt. 1st Class Leroy McDaniels explained to “Snapped: Killer Couples.”

It was short-lived. On the morning of Tuesday, August 25, 2015, a maintenance worker at the housing complex where Karlyn lived in Severn, Maryland discovered her back door open. He notified the Anne Arundel County Police Department who found the 24-year-old dead on the floor of her master bedroom with her 4-month-old baby cradled in her arms, according to court documents.

“When the officer moved closer to the individuals, the baby made some movement and some sound and the officer was relieved that the child was alive,” Assistant U.S. Attorney for Maryland James Warwick told “Snapped: Killer Couples.”

Karlyn had been shot at point-blank range three times with a .357 caliber revolver, once in the side and twice in her chest. Her sweatpants and underwear had been pulled down to her ankles, according to The Baltimore Sun newspaper.

“There was slight bruising on her as well as scratches. We do have to consider the possibility that this was a sexual assault,” Anne Arundel County Police Detective Kelly Harding told “Snapped: Killer Couples.”

Karlyn’s autopsy, however, would undermine this assumption.

“The post-mortem made clear that there was no sexual assault immediately prior to her death,” Warwick said, with Shaffer explaining, “The victim’s underwear pulled down around her ankles indicates a staged crime scene. The person who committed the crime was very methodical and was trying to throw investigators off of their scent."

Detectives spoke with Leroy McDaniels, who said Karlyn and Kearney’s relationship was on the rocks. A month earlier, at the behest of her husband, Karlyn reported that she had an extramarital affair with a fellow soldier, a violation of the U.S. Armed Forces’ Uniform Code of Military Justice.

"That subsequently led to a reduction in rank and loss of pay for both Ms. Ramirez and the other service member,” Warwick noted.

Kearney, however, had also been unfaithful to his wife and was allegedly verbally and mentally abusive, according to Baltimore NBC-affiliate WBAL. Karlyn had ultimately asked for a divorce and petitioned the Army for a no contact order.

On August 27, detectives traveled to South Carolina to speak with Maliek Kearney.

“She was the love of my life,” a tearful Kearney told detectives in his videotaped interview, which was obtained by “Snapped: Killer Couples.”

Kearney said he tried to reconcile with Karlyn but that she wasn’t interested. He denied any involvement in her death and said he was home alone in South Carolina on the night of the murder.

Kearney gave detectives his cell phone, allowed them to search his vehicle, and provided a DNA sample. The search of his car provided nothing of value.

While Kearney’s GPS data showed his phone had not made the 500+-mile journey to Maryland on the night of Karlyn’s murder, detectives discovered he had recently installed an application which permanently erased confidential data.

“This wipe app was active during the time of the murder and more so the next day, which was the day that Karlyn was discovered," Harding said.

Forensic investigators were able to retrieve some data, which showed repeated communications with a woman named Dolores Delgado. Like Kearney, Delgado had served in Iraq and moved to Florida after leaving the Army.

Delgado was interviewed by detectives in Florida and said she and Kearney had an on-again, off-again relationship, which started in 2008 when they were deployed together overseas. She claimed she was with him on August 24 at his apartment in South Carolina, contradicting Kearney’s own statement that he was alone.

Delgado allowed detectives to examine her phone. On it, they found a message from Kearney sent shortly before the murder that read, “That gun is so damn loud,” according to The Baltimore Sun.

Delgado’s social media accounts revealed she had recently tried selling ammunition for a .357 caliber firearm. Detectives were able to track the ammunition back to the original seller, from whom she had also purchased a .357 handgun.

“We had linked Karlyn Ramirez’s death to that handgun. We had linked that gun to Dolores Delgado because she had purchased it and we had the text messages from Maliek Kearney,” said Warwick. “It was a critical compilation of evidence.”

In October 2016, Maliek Kearney, 35, and Dolores Delgado, 31, were arrested in San Antonio, Texas, where they had recently moved. They were charged with interstate travel to commit domestic violence, according to local newspaper San Antonio Express-News.

Following their arrest, a witness came forward who claimed they had helped Delgado dispose of a gun in a Florida waterway. It was later retrieved by the FBI and positively matched to the murder weapon, reported WBAL.

Confronted with the evidence against her, Delgado made a full confession and agreed to testify against Kearney. She admitted to supplying him with the murder weapon and loaning him her car, believing his flashy Jaguar would attract too much attention.

While Kearney drove the seven-plus hours from South Carolina to Maryland, Delgado sent messages from his phone and streamed movies at his house to make it appear he was home. Kearney then used a key to enter Karlyn’s apartment and murder her.

Dolores Delgado pleaded guilty to federal charges of crossing state lines to commit domestic violence resulting in a death in September 2018.  She was sentenced to 17 years in prison, according to the Associated Press, and is scheduled to be released in 2031.

In November 2018, Maliek Kearney was found guilty of interstate travel to commit domestic violence resulting in death. He was sentenced to life in prison without parole plus an additional 10 years on firearms charges and ordered to pay almost $500,000 in restitution to the family of Karlyn Ramirez, according to San Antonio CBS-affiliate KENS.

Maliek Kearney and Karlyn Ramirez’s daughter is being raised by her maternal family.