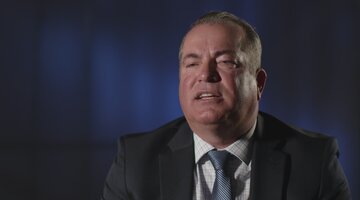 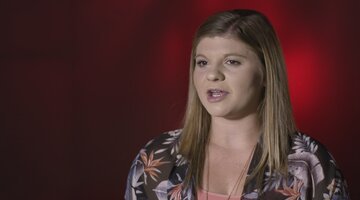 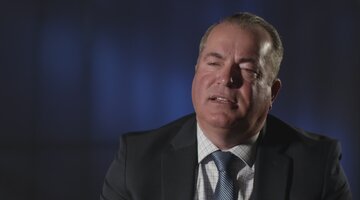 Sandra Jonas was deeply in love with Milo Ross — so in love that when the marriage fell apart, she couldn't accept it. When Ross fell for another woman, Sandra ensured the unlucky fiancée met a tragic end.

“As a mother, she was very caring to her children,” Jones’ granddaughter Heather Rupp told Oxygen’s “Snapped,” airing Sundays at 6/5c. “Her kids were always involved with sports in high school and she never missed a game. She always had two to three different jobs, trying to make the best for her kids and her family.”

In 1997, Jones was working as a waitress when she met Milo Ross, who was in the middle of a difficult divorce from Sandra Jonas. The couple, who had been married for over a decade, had two children, Paul and Andra, and the split was hardly amicable.

Like many in southern Idaho, Milo and Sandra were Mormon, though Sandra left the church as an adult. As a teenager, Paul became interested in Mormonism, which his mother disapproved of. “It was all witchery to her. It was made up to try and make people feel good about the terribleness and the awkwardness of life,” Paul told producers.

Milo, however, supported his son’s religious pursuits and the two would often sneak off to church services together. It was the first in a series of disagreements between Milo and Sandra which would fester over the course of their marriage until their breakup.

After their divorce was finalized in the spring of 1998, he entered a whirlwind romance with Jones. When Jones needed a place to stay, she moved into a spare room in the basement of Milo’s house.

Milo and Jones got engaged on Oct. 23, 1998. It was an exceptionally happy day for Jones — but almost immediately afterward her life would come to a tragic end.

Two days later, on Oct. 25, Jones was preparing food for a going-away party for Paul, who was about to embark on his traditional two-year Mormon mission. It was a Sunday morning and the family was leaving for church. Jones told Milo and Paul to go ahead and she would meet them there after she put the roast in the oven. She never made it to the service.

When Milo and Paul returned, the house was empty and smelled of cleaning solutions. “The roast was still in the oven and it had completely burned to a crisp which was not like Meta. My dad said, ‘Something’s just not right,'” Paul told producers.

Jones was nowhere in sight, so Milo called the Jerome County Sheriff’s Office to report her missing. When authorities arrived, they found disturbing signs that something sinister had happened in the home: what looked like a bullet hole in the wall and some blood splatter.

“The feeling almost from the beginning was this was not a missing person’s case. We were almost immediately convinced we were looking for a body,” Jerome County Sheriff’s Lieutenant Detective Daniel Kennedy explained to producers.

“I met with Milo Ross and his son Paul and I was told also in the house was his daughter. She was 16 or 17 years old at that time, her name was Andra Ross, and she was sick and was in bed,” former Jerome County Sheriff’s Lieutenant Detective Dan Chatterton told “Snapped.” “That immediately seemed odd to me.”

The Rosses also told detectives a rug under the dining room table was missing as was the bed Jones was sleeping on. No valuables, however, were taken.

Authorities secured the crime scene until a mobile crime lab could arrive the following day. The Rosses were asked to pack an overnight bag and were moved to a hotel. As they prepared to leave, detectives saw Andra Ross for the first time.

Andra refused to make eye contact with detectives and her face was “as white as a sheet,” Kennedy said. She asked to drive her pickup truck but detectives refused to release it, as it was part of the crime scene.

The following day, crime scene investigators processed the Ross home. A small caliber bullet was retrieved from inside the dining room wall. Andra’s truck was also examined and turned up another clue.

“It looked like blood had run out of the bed of the truck and was dried on the back bumper,” Chatterton told “Snapped.”

Then, a crucial break came in the case in the form of a concerned mother's phone call.

Colleen Jonas, Sandra Jonas’ mother, called police and told them she feared her daughter had something to do with Jones’ disappearance.

“Colleen had said that her daughter could be very ornery and that she could be mean when she was drinking and that she had an alcohol problem,” Jerome County Sheriff’s Captain Gary Taylor told “Snapped.”

Colleen blamed Sandra’s drinking for the failure of her marriage and claimed Sandra was still in love with her ex-husband.

“Colleen said that Sandra had never accepted the divorce. In her mind, her and Milo, although they weren’t legally married, they were still together,” Chatterton told producers.

When Milo and Jones got engaged, Colleen insisted it sent Sandra over the edge.

“Sandra had been seen with a .22 caliber pistol on Sunday afternoon and she had even made a comment, to her mother I believed it was, that she should kill Meta,” Chatterton told producers.

Armed with this information, a storage unit Sandra rented was searched by detectives. Inside was the missing bed and cleaning supplies with blood residue on them.

Detectives then interviewed Andra, who said she would only speak to them after her father left the room.

“She proceeded to tell me, ‘One thing that you got to know before we start [...] the head’s not with the body,'” Chatterton told producers.

Andra explained her mother asked her to help retrieve a bed that was still at her father’s house. They arrived there after the rest of the family was at church — except for Jones. Sandra quickly got into a screaming match with her, then sent her daughter to wait in the basement. Andra claimed she heard two gunshots while downstairs.

When she came upstairs, she saw Jones' dead body on the floor wrapped in the dining room rug.

Sandra then got her daughter involved by asking her to help clean the crime scene and put the body in the back of Andra’s pickup truck. They then drove to a nearby canal, where Sandra pulled out a hunting knife — and cut off Jones' head.

“Her mother threw her head into the canal, dragged the body out to the canal as well, and when her mom came back, she told her, ‘Don’t worry, nobody will ever be able to identify her if they do find her,'" Chatterton explained to producers.

Andra was taken into custody and charged with accessory to murder, the South Idaho Press reported in 1998. Sandra was then arrested while on her way to work at almost the same time Jones’ remains were found.

“The human head doesn’t float if it’s severed from the body,” Chatterton explained. “It weighs roughly eight pounds and when you fling it out into the water it's going to reach the apex of your throw, hit the water and sink, and that’s literally where we found the head.”

An autopsy would reveal Jones had died from two gunshot wounds to the head.

In Dec. 1998, Andra accepted a plea deal in exchange for testifying against her mother and pleaded guilty as a juvenile to accessory to murder, The Times News newspaper of Twin Falls, Idaho reported at the time. She received credit for time served and was sentenced to two years probation.

In order to avoid the death penalty, Sandra Jonas also negotiated a deal with prosecutors. In July 1999 Sandra pleaded guilty to second-degree murder and was sentenced to 25 years to life in prison.

Sandra Jonas is currently incarcerated at Idaho’s Pocatello Women's Correctional Center. Now 66, she will first be eligible for parole in 2023.

For more on this case and others like it, watch "Snapped," airing Sundays at 6/5c on Oxygen or stream episodes any time at Oxygen.com.

Calling All True Crime Fans
Oxygen Insider is your all-access pass to never-before-seen content, free digital evidence kits, and much more!
Sign Up for Free
All Posts About
Crimes of Passion
Murders A-Z
Related