Sign Up for Free to View
Did Rodger Keller’s Killer Know Him? 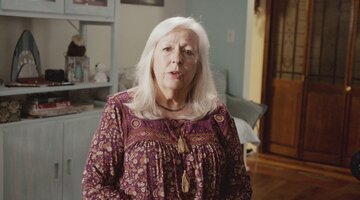 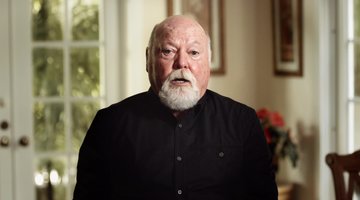 Rodger Keller spent most of his life feeling like he didn't quite fit in, but after moving to the Florida Keys, he felt like he'd finally found a community. Tragically, just when he found a home he really loved, his life was cut short.

On the morning of March 23, 2006, the Key West Police Department received a call from a man named Michael Sox, who was concerned about his former roommate. He had been walking by the home when he heard a gunshot, he said.

"There are no good 5 o'clock in the morning phone calls and this one was no different," Don Guevremont, a former crime scene investigator with the Key West Police Department, told Oxygen series "Florida Man Murders."

When authorities arrived at the scene, they noticed there were two days' worth of newspapers on the home's front step. There was no sign of forced entry -- but inside lay Rodger Keller, a retired professor who was active in the Key West community. He had been shot in the face at close range. Blood was everywhere, as well as bloody footprints that likely belonged to the killer. His wallet was also missing.

"It was a very gruesome scene," Special Agent Dennis Haley of the Florida Department of Law Enforcement told producers. It had been a couple of days since Keller had been killed, and his body was already decomposing. He had been covered with a blanket, which suggested to investigators the murderer was someone he knew.

"They don't wanna look at the face, they don't wanna see what they'be done and for some reason people think if they cover it up, they think it won't impact them as much," Guevremont told producers.

Keller's loved ones were shocked he had been murdered. He was originally from Michigan, where he worked as a horticulturist before moving to Key West and becoming involved in the gay community.

"Rodger was passionate about plants to the point where it was a love affair," Mike Roth, a friend of his, said. Other friends described him as a "kindly fellow" with a "fantastic smile" and "sparkly eyes when he told jokes."

Investigators started by interviewing Mike Sox, the man who had notified police, as his story was very strange. He claimed he was waiting at a bus stop when he heard a loud bang like a gunshot coming from Keller's home. He rang the doorbell, and when no one answered, he looked in and saw a lot of blood. He also said he spotted a man leaving the home and taking Keller's car.

Sox said he tried heading to multiple neighbors' homes to call 911, but no one lent him a phone. He then waited two days, until he went past Keller's home again and saw his car was still missing.

Authorities thought Sox's account was "bizarre," but neighbors confirmed they had refused to let him use the phone the day of the murder. His shoes also didn't match the bloody prints found at the scene, so he was cleared as a suspect.

They did have his description of the killer to go on: a young white man, about 20 to 25 years old, with brown hair. Keller was known to take in young gay men at his home, trying to help them get jobs and get off drugs. Investigators canvassed the area, questioning men who stayed with Keller, but got no answers.

However, they soon got an important break after tracing Keller's credit cards. They found they had been used all the way up the Florida coast to Georgia. Eventually, this led them to their culprit: Johnnie Ray Holt.

Holt had briefly lived with Keller two years prior, until Keller realized Holt had stolen his checkbook and forged a check for $10,000. Keller had filed a police report, and Holt fled the state.

Ultimately, Holt had ended up in Alabama and found factory work and a girlfriend. But after he got into a violent argument with a coworker, Holt broke into his girlfriend's father's home, stole his car, and took his guns -- including a gun that matched the one used on Keller. He then went down to Florida and killed Keller.

"We believe his sole intention was to drive down and kill Mr. Keller, rob him, and leave the Florida Keys," Haley said.

Holt was actually in custody in Alabama for robbing his girlfriend's father at the time investigators began zeroing in on him. When he was arrested, he had Keller's wallet on him. He had traces of blood belonging to Keller on his clothes and shoes. The shoes were a match to the one at the scene. Florida authorities had found the culprit. They theorized his shame and self-loathing over his sexual identity was what led him to specifically murder Keller, investigators told "Florida Man Murders."

After five years of legal wrangling, Holt was found guilty of first-degree murder and sentenced to life in prison.

For more on this case and others like it, watch Oxygen series "Florida Man Murders" here.