Ice-T is a hip-hop and cultural icon. With a career spanning over 30 years, the gangsta rap godfather has evolved into an actor, TV star and now, a true crime host. "In Ice Cold Blood" hosted by Ice-T spotlights shocking true stories involving sex, money and murder. Season 2 premieres February 25 at 8/7c on Oxygen. This is Ice-T then and now.

Ice-T came onto the rap scene in 1987. A native of Oakland, his music reflected the harsh realities of street life—and he kept it real. It was a life of gangs and crime that he knew well, as The Guardian reported. His debut album, "Rhyme Pays",  was the second hip-hop album to carry an explicit content sticker.

Despite its realism, Ice later explained that he didn't necessarily live everything in his rhymes. In his memoir, as NPR reported, he explains his creative process: "I couldn't possibly have lived all the things that Ice-T on the records lived. I did what I called 'faction.' It was like factual situations — not always from me — put into fictional settings. That way I could create these great adventures and these great stories." The event had to come from a true story — like a brush with the law — and then he'd combine all the details with his own material to write songs. If everything in his songs were 100 percent true, I wouldn't be standing here today. Ice-T in the music has done some outrageous things."

In 1992, Ice gained widespread controversy for his song, "Cop Killer". The track received negative reaction from high-profile critics like President George Bush, Vice President Dan Quayle and Parents Music Resource Center co-founder Tipper Gore. Proponents defended the track on the grounds of the First Amendment. "I guess it's something I'll remember the rest of my life. Very few people have their names said by the president, especially in anger. It makes me feel good, like I haven't been just standing on a street corner yelling with nobody listening all this time," he said at the time to Rolling Stone.

Ice-T used "Cop Killer" to delve into a larger dialogue about police brutality and the criminal justice system. "Why all this protest about a record that speaks about killing cops and not protest against the cops killing kids out there in the streets?" he asked. 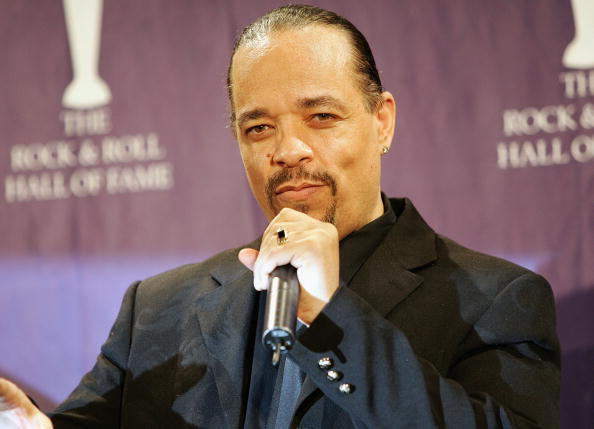 Despite being a prolific rapper, Ice-T caught the acting bug early. In 1984 he was in the movie "Breakin'" and in 1991, he played a cop in the classic film "New Jack City." Other roles would follow throughout the years but none more recognizable than the part of Fin Tutuola on "Law & Order: SVU." The role—18 seasons and counting—has introduced Ice to a new generation. Over the years, his character has evolved from gruff to charming and even sensitive. He's dealt with complex story lines involving having family feuds, having a gay son and being targeted by his ex-partner.

You can't talk about Ice-T without Coco. In 2001, the self-professed gangsta rapper met a voluptuous Valley Girl on the set of a friend's movie. She had no idea what a gangsta rapper was and he liked her teeth. They've been together ever since. The couple married in 2002 and she's become a major part of his personal and professional success.

"I hit the jackpot with this one," he told "Watch What Happens Live."

In 2015, Ice-T and Coco welcomed their first child together, a daughter named Chanel. He loves being a dad. "I mean, she has absolute control over me," he said about their daughter to Entertainment Tonight. "I can't lie. I mean, she's so cute and she's really smart."

In recent years, Ice-T has taken a page from his "Law & Order: SVU" character and delved into the world of true crime. He joined Soledad O'Brien in 2017 to host a special investigation on the murders of Tupac and Biggie. Ice hosts "In Ice Cold Blood" where he continues his passion of exposing outrageous tales of true crime stories.

From "Cop Killer" to playing a cop on TV and now true crime, Ice-T is a cultural icon who has truly come full circle.

Calling All True Crime Fans
Oxygen Insider is your all-access pass to never-before-seen content, free digital evidence kits, and much more!
Sign Up for Free
All Posts About
Ice T
Related

Woman Paid Nephew To Shoot Her Husband To Death

Man Staged Murders Of Wife And Son As Accidents For Insurance

Houston Man Gets 55 Years For Murdering Wife In 2015