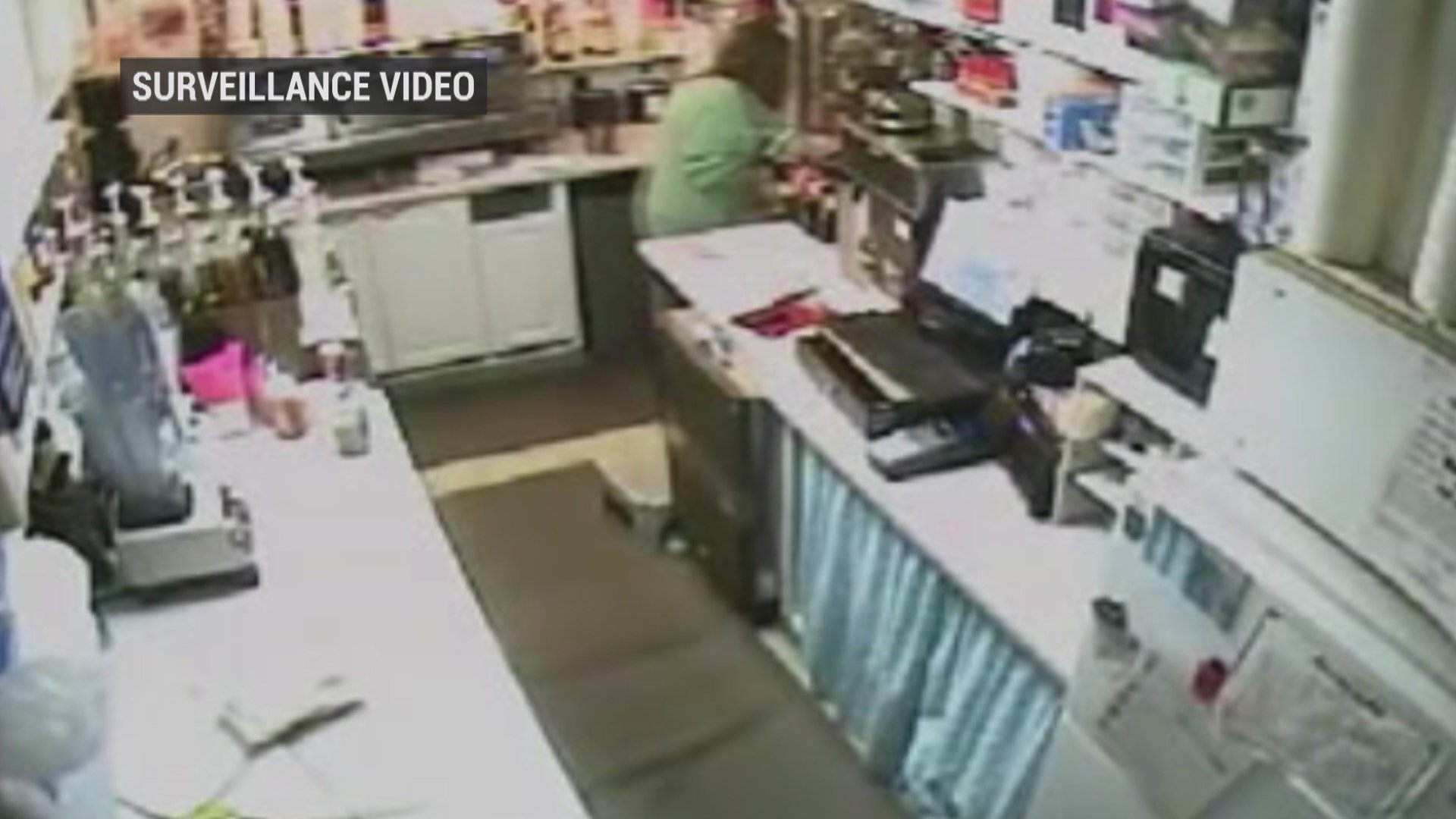 The night of February 12, 2012, 18-year-old barista Samantha Koenig was abducted at gunpoint by serial killer Israel Keyes at the Common Grounds Espresso in Anchorage, Alaska. According to "Method of a Serial Killer," which airs October 28 at 7/6c on Oxygen, Keyes approached the coffee kiosk around 8 PM and ordered a drink. In surveillance footage from that night, Koenig can be seen giving Keyes his order and then immediately looking shocked.

Former FBI Special Agent Bobby Chacon told "Method of a Serial Killer," "You see her body language change. She's goes from someone who's just serving someone coffee to being very nervous and very concerned."

Keyes later told investigators that he had pulled out a gun and demanded money, which is when Koenig put her hands in the air and backed away from the kiosk window. At Keyes' apparent request, Koenig then turned off the lights, and Keyes entered the shop through the front window. Keyes said he bound her wrists with zip ties and forcibly led her out the shop.

"You can tell she's sort of going along with him 'cause she thinks that he's gonna rob the place," former Anchorage Daily News reporter Casey Grove told "Method of a Serial Killer." "It just didn't come across to her that she was in danger until he starts walking her out."

While Keyes was leading Koenig to his car, she tried to make a break for it, but Keyes quickly caught up to her and tackled her to the ground. He pointed his gun at Koenig and told her it had "very quiet" ammo, saying that she shouldn't do anything that would make him kill her.

After obtaining her cell phone and ATM card, Keyes took Koenig to a shed on his property, where he sexually assaulted and strangled her to death. Several weeks later, Keyes dismembered her body and disposed of it in Matansuka Lake near Palmer, Alaska. Her remains wouldn't be recovered from the frozen lake until April 2, 2012, the day following Keyes' full FBI confession.

To learn more about Keyes and his eventual capture, watch "Method of a Serial Killer" on Oxygen.