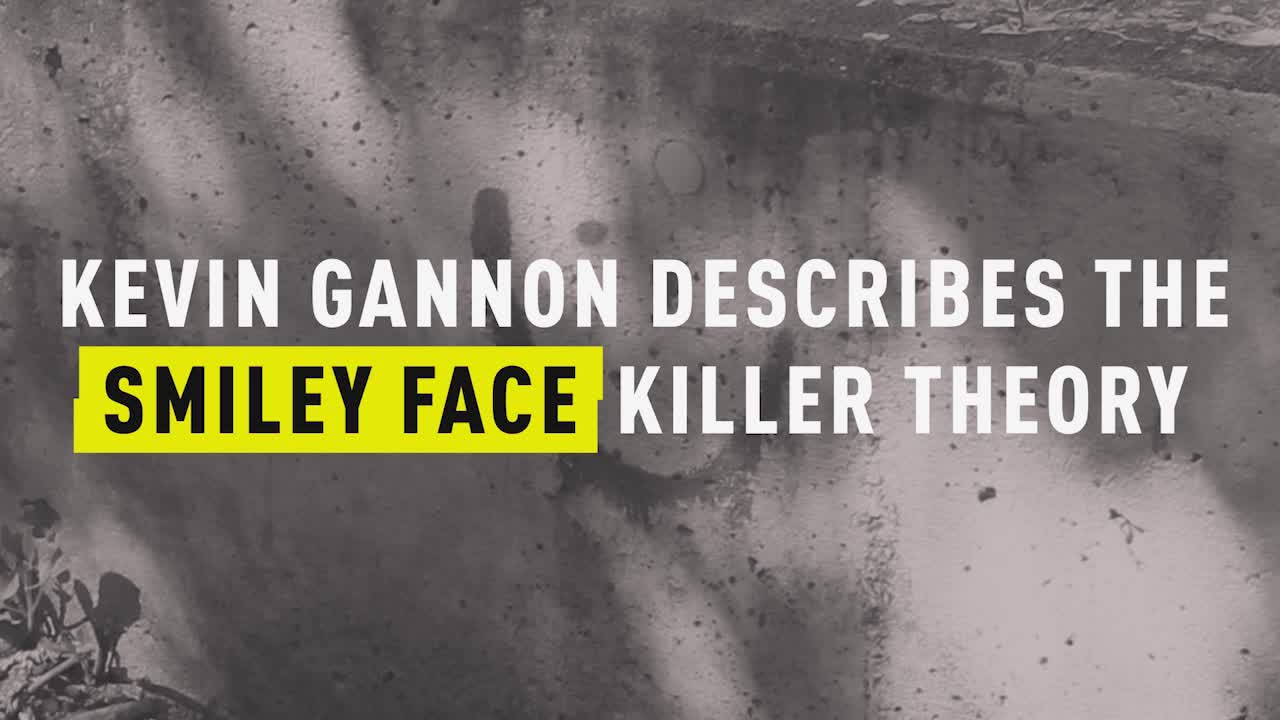 Some believe the Smiley Face Killers theory is nothing more than an urban legend, but former New York Police Department detectives Kevin Gannon and Anthony Duarte are convinced that the drowning deaths of hundreds of young men are the work of a serial killer gang.

For the past 20 years, Gannon and Duarte have investigated dozens of accidental or undetermined drowning cases — which they believe are homicides — across the country. After finding a series of smiley face symbols painted near where the men's remains were recovered, they finally had a name for the possible serial killer gang: the Smiley Face Killers.

“What we’ve determined is they’re a well-structured, organized gang with cells in major cities across the United States who drug, abduct, hold the victims for a period of time alive before they murder them and then place them in the water,” Gannon told Oxygen.com.

Though local law enforcement and the FBI have shut down Gannon and Duarte's theory, there are a few clues from the cases that are hard to discount. These are five of those chilling details that just might make you believe in the Smiley Face Killings:

Gannon and Duarte claim that spray-painted smiley faces have been left by the killers at many of the victims' death sites. According to the former detectives, the eerie symbols differ in size, shape and color, and some don devil horns or are accompanied by a grim message. Duarte told CNN in 2008 that he believes the smiley faces are a "taunting" message to police, and Gannon thinks they might signify that the murderers are "laughing" at authorities.

Central to Gannon and Duarte's Smiley Face Killer theory is the belief that the victims were abducted and drugged before their murders. The two told CNN they think the young men were given a substance that would render them unconscious and be undetected by an autopsy and toxicology report. In at least two cases, unexplained drugs were found in the victims' systems, including the date-rape drug GHB.

The majority of the alleged Smiley Face victims were athletic, successful students who were well-liked by their peers. According to Gannon and Duarte, the young men were most likely targeted because of these traits by killers who were "not smart .... not good in school," unemployed and unpopular. Along with their personal similarities, all of the victims disappeared after a night of drinking with friends and were later found dead in a body of water.

In many of Gannon and Duarte's cases, the two contend that the state of the victims' remains was inconsistent with the original investigators' conclusion that they died from an accidental or undetermined drowning. For example, when 23-year-old Dakota James was found by police in the Ohio River, his body had experienced minimal deterioration, despite him being missing for 40 days. Two weeks after 24-year-old Tommy Booth went missing, his remains were found in a previously searched Pennsylvania creek in full rigor mortis, which normally dissipates within 24 to 36 hours after death.

Gannon told CNN, "I believe these young men are being abducted by individuals in the bars, taken out, at some point held for a period of time before they're entered into the water."

Another detail Gannon and Duarte believe points to the fact that the men were abducted, drugged and murdered before being placed in the water is that some of the victims' remains appear to be staged. When police located the body of 22-year-old Todd Geib in a previously searched lake three weeks after he went missing, Geib's head and shoulders were sticking out of the water as if he had gone for a swim, according to "Case Studies in Drowning Forensics," by Kevin Gannon and Dr. Lee Gilbertson. In the case of 21-year-old Chris Jenkins, his remains were found in the Mississippi River about four months after he disappeared, and he was discovered floating on his back with his arms crossed on his chest, according to The New York Daily News.