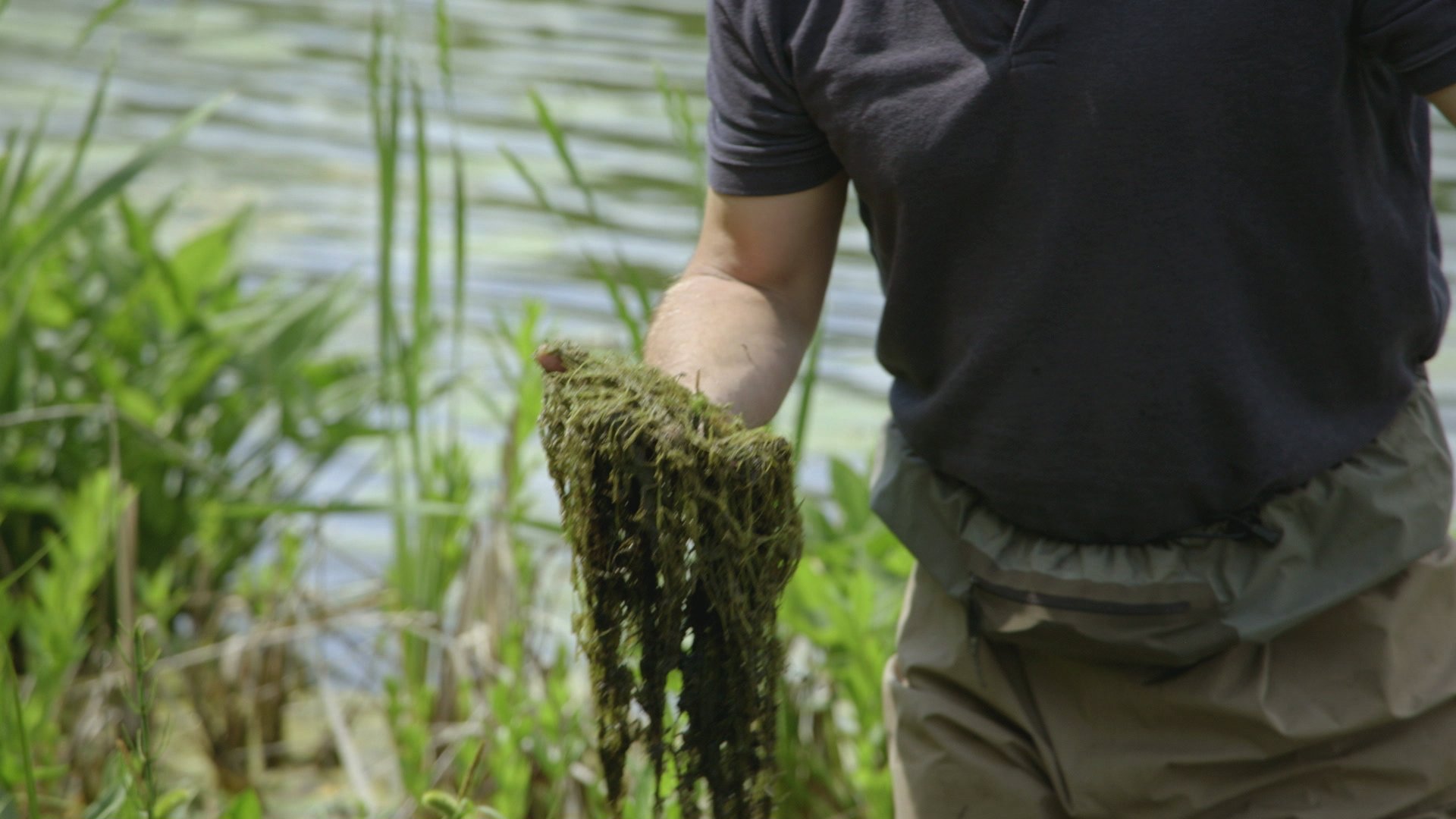 On July 2, 2005, the body of missing 22-year-old Todd Geib was found in a private lake in Muskegon, Michigan. He was last seen alive at a nearby orchard party 21 days earlier, and police concluded an intoxicated Todd had left the party, wandered into lake and drowned.

His death was ultimately ruled an undetermined drowning.

When Todd’s mother, Kathy Geib, saw a recovery photograph of her son, she immediately disagreed with local law enforcement’s theory.

“He was not in the condition to be in there three weeks,” Kathy told “Smiley Face Killers: The Hunt for Justice,” airing Saturdays at 7/6c on Oxygen. “I did my research and found out what condition people would be like if they were in the water three weeks.”

According to the autopsy report, Todd’s remains only had moderate decomposition, and his clothing appeared to be fairly clean of algal biofilm, the thin slime film of bacteria often found at the surface of various bodies of water. There was no mention of insects, debris or sand on the body. Todd was also floating vertically in the lake, which is unusual for a drowning victim.

A new team of investigators — former New York Police Department detectives Kevin Gannon, Anthony Duarte, Michael Donovan and professor of criminal justice Dr. Lee Gilbertson — believes Todd was potentially abducted, held on land for a period of time, murdered and then placed in the lake. They further contend Todd is a possible victim of the Smiley Face Killers, an alleged network of unknown serial killers that targets college-aged men and dumps their bodies in nearby waterways before leaving graffiti smileys at the death sites.

During “The Hunt for Justice,” Gannon and Dr. Gilbertson met with Dr. M Eric Benbow, a forensic biologist from Michigan State University, to reexamine Todd’s case. Dr. Benbow noted that if Todd’s body was in the lake for 21 days, he would expect to see “more biofilm, more slime buildup.”

“The other thing, it looks like part of his head was exposed,” continued Dr. Benbow. “There should be insects in the clothing, even in the mouth, in and on the ears, in the folds of the skin. That’s where these flies will typically lay their eggs. They’ve evolved to be attracted to dead things within minutes to hours, to a day.”

In Dr. Benbow and his team’s numerous aquatic decomposition studies, he said the carcasses are consumed “pretty quickly and dramatically.” The three then visited the lake where Todd was recovered, and Dr. Benbow concluded that if “a body was here, it would be colonized with some type of aquatic insect.”

To test if Todd was indeed in the water for three weeks as police originally theorized, Dr. Benbow suggested placing swine carcasses into an experimental pond for three weeks dressed in clothing resembling Todd’s outfit.

“Swine carcasses are really similar in terms of the way they that they decompose,” explained Dr. Benbow. “The skin is very similar.”

Dr. Benbow replicated Todd’s case using five pig carcasses, sampling three every other day and leaving two untouched for the entirety of the 21-day experiment. The carcasses collected aquatic insects within the first day, and by day three, the insects had laid eggs. On day 21, the carcasses completely collapsed from insect activity, and the clothes were covered in thick, green biofilm algal layers.

“We saw none of this in Todd’s shirt,” Dr. Benbow told Gannon and Dr. Gilbertson. “Given our experiment, I find it very surprising that Todd’s body had no reported insect activity and the clothing had no algal development. … Based on our study, [it is] unlikely that his clothing and his body had been in for 21 days."

Gannon and his team believe Dr. Benbow’s experiment substantiates their claim that Todd was put in the water shortly before his recovery. Gannon and Kathy presented these findings, along with other evidence, to the Michigan State Police, who granted Kathy a meeting with the Muskegon County Prosecutor. The Muskegon County Prosecutor requested a full analysis of the discoveries, and Kathy is waiting to hear if they will reinvestigate Geib’s case.

To learn more about the mysterious drowning of Todd Geib, watch “Smiley Face Killers: The Hunt for Justice” on Oxygen.

Could Todd Geib Have Been Drugged With Antidepressants?