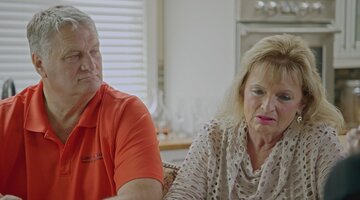 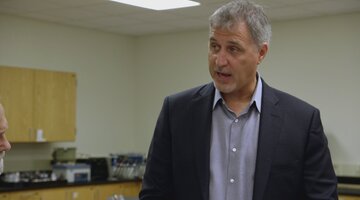 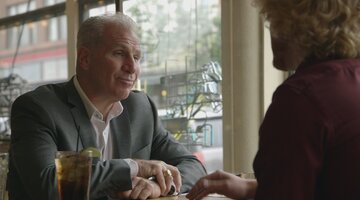 When Patti and Jerry Homan sent their son Lucas "Luke" Homan off to the University of Wisconsin-La Crosse in 2005, they warned him not to go near the Mississippi River. At the time, a series of mysterious accidental drownings had already taken the lives of seven young men. Still, Patti believed she had nothing to worry about because Luke "hated the water."

"He would leave to go back to college and I'd yell to him, 'Don't go near the water!' He'd laugh and he'd say, 'Mom, I've never even been to the water. Everything we do is away from the water. I have no reason to go to the water,'" Patti told Oxygen.com.

In the fall of 2006, Luke disappeared from downtown La Crosse after celebrating Oktoberfest with a group of friends. Three days later, his body was found floating in the Mississippi River not far from the shore.

"When I first heard he was missing, I really kinda knew that he was gone," said Patti in "Smiley Face Killers: The Hunt for Justice," which airs Saturdays at 7/6c on Oxygen. "And especially with all the things that had happened in La Crosse throughout the years, all I could think of was that he was never gonna come back."

Local law enforcement later concluded Luke's death was an accidental drowning, and the autopsy report noted "acute alcohol intoxication was a major contributing factor." To this day, however, the medical examiner's ruling "doesn't make any sense" to Patti and Jerry. They do not believe Luke would have walked near the river's edge, and the two have been outspoken about the possibility of foul play.

Sam Donaldson, Luke's friend who was with him the night he vanished, also does not think Luke's death was accidental.

"We had no reasons ever to really be by the water," said Donaldson. "The weekend before, the question had come up about Luke going to La Crosse and the deaths that had occurred in the river, and Luke had said, 'You pretty much have to be a dummy to drown in the river.' Because if you were to leave a bar and see the river, you know you're going the wrong direction."

(The Mississippi River is located about a half-mile from the stretch of bars commonly frequented by students from the surrounding universities.)

Though the La Crosse Police Department closed its case in 2006, a team of investigators is hoping to have Luke's cause of death reclassified as a homicide. Former New York Police Department detectives Kevin Gannon, Michael Donovan, Anthony Duarte and professor of criminal justice Dr. Lee Gilbertson are convinced Luke might have been murdered by the Smiley Face Killers, an alleged unknown group of serial killers that targets college-aged men, dumps their bodies in local waterways and leaves behind smiley face symbols near where the bodies are found.

During "Smiley Face Killers: The Hunt for Justice," the team consulted with underwater forensic expert Bobby Chacon, forensic toolmark analyst William Moore and forensic footwear specialist Marty Ludas to reexamine Luke's autopsy report and photographs. While Chacon estimated Luke had only been in the water for three to 12 hours, not 50 hours like police had originally theorized, Moore and Ludas hypothesized that injuries on Luke's forehead were the result of an assailant pinning him down with the sole of their boot.

Based on the minimal body decomposition and injury pattern, "The Hunt for Justice" team does not think Luke's death was the result of an accidental drowning.

"The evidence points that Luck Homan was murdered," said Gannon. "We believe this is a homicide."

In order to convince local law enforcement to reopen the case, Gannon and Patti visited the La Crosse Police Department to share their evidence.

Patti told Oxygen.com that up to this point, she does not believe local law enforcement has "done due diligence" with regard to her son's case.

"As soon as he got out of the water, it was, you know, 'wash my hands.' OK, it was just a kid that fell in the water because he had too much to drink. Case closed," said Patti. "At the time, we had no reason not to believe them. I mean, they couldn't have been more sympathetic, or compassionate or helpful."

Patti said the La Crosse Police Department's lack of participation in the investigation is "troublesome" and that Luke's death should be reinvestigated as a homicide.

To learn more about the Luke Homan case, watch "Smiley Face Killers: The Hunt for Justice," airing Saturdays at 7/6c on Oxygen.

Why Dakota James' Drowning Death Might Be A Murder