Sign Up for Free to View
Smiley Face Killers: Was Will Hurley's Phone Destroyed by a Killer? (Season 1, Episode 3) 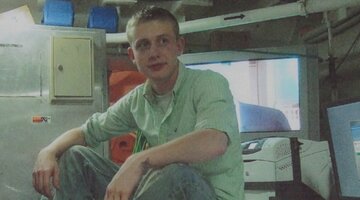 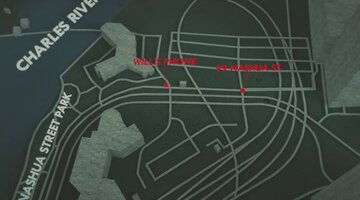 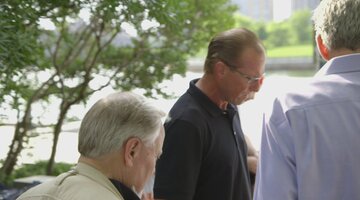 On October 8, 2009, 24-year-old William "Will" Hurley disappeared from Boston, Massachusetts. The Navy veteran had been attending a Boston Bruins game at TD Garden and had called his fiancée, Claire Lebeau (née Mahoney), to pick him up halfway through the match. Lebeau drove to the stadium, but when she arrived, Hurley was nowhere in sight.

Lebeau called him to find out where he was waiting, and she heard him ask someone where he was located. A man said "99 Nashua Street,” and Hurley told Lebeau his cell phone battery was going dead. Lebeau drove to the address, but Hurley was not there. She called him a second time, and his cell phone seemed to be out of battery.

That was the last time anyone heard from Hurley.

Six days after going missing, Hurley's body was found upstream in the Charles River, not far from where he had asked Lebeau to pick him up. He had suffered blunt force trauma to the head, an eye socket and behind his left leg. GHB, a date rape drug, was found in his system, along with alcohol. His cell phone, which had been badly damaged, was also discovered near 99 Nashua Street.

Though the Medical Examiner ultimately ruled Hurley's death an undetermined drowning, a team of retired investigators is working to reopen the case as a homicide. Former New York Police Department detectives Kevin Gannon, Michael Donovan, Anthony Duarte and professor of criminal justice Dr. Lee Gilbertson believe Hurley could be a victim of the Smiley Face Killers, an alleged interstate network of unknown serial killers that murders college-aged men, dumps their bodies in local waterways and leaves behind smiley face symbols near the death sites.

"I had heard of the Smiley Face theory before and wasn't sure I was on board with that," Hurley's mother, Lynn Martin, told Oxygen.com. "But the more I hear and the more I talk to Kevin [Gannon], I kind of agree with their theory."

During "Smiley Face Killers: The Hunt for Justice," which airs Saturdays at 7/6c on Oxygen, Gannon and Duarte were able to obtain the damaged cell phone from Hurley's family, who believed it had been run over by a passing car, and bring it to digital forensic analyst Derek Ellington for testing. Ellington noted there was excessive damage to the cell phone's hinge.

"When a phone is run over, you don't see that much damage, maybe a cracked screen," explained Ellington.

Ellington told Gannon and Duarte that if the same cell phone model was crushed by a tire, it would only "squish" or "deform" slightly.

"When somebody wants to destroy a phone, it's always take the battery out, discard it, and then they do what we call a 'twist and separate,'" said Ellington. "If you go to twist it, you're gonna get a lot of torque and resistance from the first hinge. The second hinge popped easy."

He also noted there was significant "scuffing and scratching" that would be consistent with the cell phone "having been run over after it was broken."

Gannon believes Ellington's assessment could support their theory that "some type of human intervention was involved on the night Will went missing."

To learn more about William Hurley, watch "Smiley Face Killers: The Hunt for Justice," airing Saturdays at 7/6c on Oxygen.