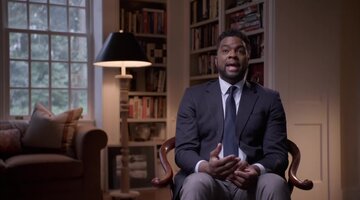 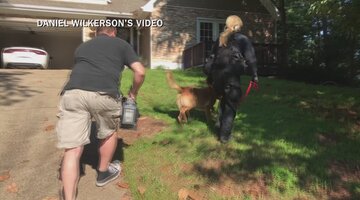 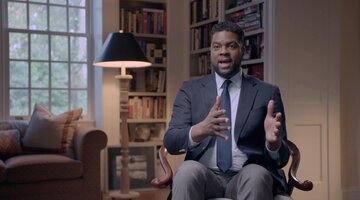 A young man seemingly vanished into thin air... until years later, when his body was found in a friend's yard.

When Chase Massner returned from his deployment in Iraq, the U.S. Army man struggled with depression and bipolar disorder. While Chase sought medical help to treat his mental health issues, he was ultimately honorably discharged and relocated to Canton, Georgia with his wife, Amanda Massner, and their two young children.

“In the army, Chase’s position was diesel mechanic in the military police unit. Transitioning into civilian life, I think it was difficult for him to find that type of position, so he was forced to take other types of jobs that he wasn’t passionate about,” his mother, Stephanie Cadena, told “Injustice with Nancy Grace,” airing Thursdays at 9/8c on Oxygen.

Chase, 26, later sought help at the local veterans affairs office, but he continued to experience episodes related to his bipolar disorder. One day in March 2014, one of his episodes resulted in a major argument between him and Amanda, and the two agreed that they needed some time apart.

Chase went to stay at his parents’ house, but after four days, he grew restless and wanted to return to his own home with his wife and kids. When Amanda picked him up, Chase appeared to be agitated as he packed his belongings, and he asked to stop at the QuikMart, where he worked as a nighttime manager, so he could drop off his employee pager.

On the way there, Chase threatened to jump out of the car and run into the woods, and once they arrived at the QuikMart, he grabbed his belongings, slammed the door, and said he was going to stay with his friend, Brad Clement.

That was the last time Amanda saw her husband alive.

The next morning, she received a text from Clement telling her that the two had stayed up all night talking about the couple’s marital problems and that Chase was still sleeping. He then revealed that he had gone to the grocery store to pick up some food to cook breakfast, and when he returned, Chase was gone.

After not hearing from Chase for more than 24 hours, Amanda and Cadena grew concerned, and Cadena reported her son missing to the police.

Hoping to learn more about his final movements, former Cobb County Police Department Detective Chris Twiggs contacted Clement and went out to his home, the last known place where Chase was reportedly seen.

Clement relayed the same story that he told Amanda: “I was cooking and went to go wake him up. When I got done, he wasn’t there. And pretty much since then no one’s seen him,” he said in a recording obtained by “Injustice with Nancy Grace.”

While Madena and Amanda maintained that Chase would never leave his family behind, Twiggs told producers that “the hard reality is, that does happen. We can’t just go with speculation, and at that point, we just had no hard evidence to say that something malicious or foul play had occurred to Chase.”

With the investigation stalling, Chase’s family started a search of their own and posted missing persons flyers around town, later forming the group Team Chase to expand their efforts and raise a $5,000 reward.

Few leads turned up, however, and the investigation reached a dead end after three years. That is when the case was turned over to Cobb County District Attorney cold case investigator Guy Watkins, who quickly realized that one area that had not yet been searched was Clement’s backyard.

Hoping to stir up movement, Team Chase turned to the press, and CBS 46 reporter Daniel Wilkerson reached out to Clement for an interview.

Speaking with Wilkerson, Clement revealed that Chase had a habit of wandering off, and so he took Chase’s cell phone from him so he wouldn’t leave the house. He then claimed that when he realized Chase was missing, he called his phone and left a voicemail, which contradicted his earlier statement.

“That started to raise some red flags. There were conflicting stories that Brad was telling me, so there were different things going through my mind. Is this person a killer, or not?” Wilkerson told producers.

Following Wilkerson’s interview, Team Chase contacted Nancy Grace, who immediately jumped on the case and, with Wilkerson’s help, met up with Clement to interview him. Once she got Clement talking, there were “several key details” that were the “complete opposites” of what he said in his initial statement to police, according to Twiggs.

“That was pretty telling to us. He’s a suspect now,” Twiggs told producers.

With the case reenergized, Twiggs consulted with the cold case unit, and Watkins moved to search Clement’s property. After learning Clement had sold the house, authorities gained permission from the new owners to search around the home with a cadaver dog, which alerted the possible scent of human remains near the back porch.

On Aug. 1, 2017, authorities dug up a concrete slab and found human remains wrapped in black plastic.

“There was no doubt in my mind that we had found Chase Massner. It was a surreal, somber moment knowing that he had been laying there for three years,” Watkins told “Injustice with Nancy Grace.”

When authorities went to track down Clement, they found he had skipped town and was on the lam. Six days later, he was apprehended by U.S. Marshalls, and he was taken into custody and indicted for concealing Chase’s death and making a false statement, reported Atlanta CBS affiliate WGCL-TV.

An autopsy revealed there were no obvious signs of trauma or assault, and a toxicology report showed there was heroin, methamphetamine, and bipolar medication in Chase’s system at the time of his death.

“I think that he probably overdosed that night, Brad panicked, and decided he needed to do away with the body,” Watkins told producers.

Due to the state of decomposition of Chase’s remains, his cause and manner of death were ruled to be undetermined, and there was no further evidence linking Clement to his friend’s death.

Clement ultimately entered an Alford plea, and he was sentenced to 15 years. He will be released in 2026 after serving only eight years, and he will spend the remaining seven years on probation, reported WGCL-TV.

To hear more about the case, watch “Injustice with Nancy Grace” now on Oxygen.com

Calling All True Crime Fans
Oxygen Insider is your all-access pass to never-before-seen content, free digital evidence kits, and much more!
Sign Up for Free
All Posts About
Nancy Grace
Related
Blog

How Did Nancy Get Her Start As A Prosecutor?