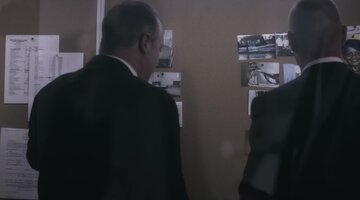 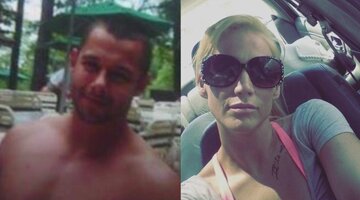 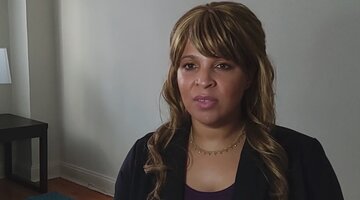 Now Playing
1:34
Exclusive
What Killer John Bridges Was Like As A Kid

In May 2012, Lee Clay headed to North Dakota for work to support his partner, Rachel Pickens, and their daughter, Karissa, who stayed at home in Georgia.

“He loved us, he loved life,” Pickens told “Injustice with Nancy Grace,” airing Thursdays at 9/8c on Oxygen. But two months later, Clay, 40, was deceased, leaving an ache, Pickens said, that is “never going to heal.”

On July 6, Clay was found dead following a single-vehicle crash on Interstate 94 in Bismarck. John Bridges, the driver of the van Clay was in, walked away with minor injuries and was checked out at a local hospital.

However, responding officers saw that wounds to Clay’s neck and chest didn’t match the severity of the crash. Marks around the victim’s wrists gave the appearance that he had been bound.

Tim Myers, a retired special agent for the North Dakota BCI, spoke with Bridges after the crash. Bridges recalled losing control of the steering wheel and not hitting the vehicle’s brakes — but Myers was “sure he wasn’t telling us the truth,” he told producers.

Investigators suspected that their investigation was about more than a car wreck. They thought that the incident involved foul play and possibly homicide.

Those suspicions were supported following a thorough search of the accident scene. Investigators turned up a hatchet, duct tape, zip ties, and a bloody knife.

Thus, they believed they were chasing a kidnapping and a murder case, but they lacked sufficient evidence to arrest Bridges on those charges. They also realized they couldn’t let the suspect just walk away, so authorities charged Bridges with reckless driving. With Bridges in lockup in Burleigh County, investigators dug deeper into the suspect’s background and asked him more questions.

Myers, who was determined to have Bridges make a statement without being accusatory, was struck by how undisturbed the suspect seemed as he discussed the accident that allegedly left Clay dead.

“There was a calmness that was almost scary,” Myers told producers.

Bridges’ response to the fatal crash was equally jarring. Myers said he recalled Bridges nonchalantly asking him, “What do you want me to do, shed a tear?”

Then, new evidence came in a day after the crash. Dashcam video appeared to show Bridges trying to hide something at the scene. The item turned out to be the sheath of a knife.

The police had gathered enough information to classify the incident as a homicide, but they needed to turn up a motive. Who is John Bridges? Why would he kill Lee Clay?

Myers probed Bridges about his past. The suspect volunteered that he had served his time for a juvenile offense. The investigation led back to Carrier Mills, Illinois in 1986. Bridges lived there at that time, and by age 16, he had allegedly gotten a reputation for his violent and racist streak, New York City freelance reporter Michelle Lamb told “Injustice with Nancy Grace.”

In the spring of 1986, Bridges was charged as an adult for fatally shooting one person and wounding another, the Southern Illinoisan reported at the time.The victims were 18-year-old Danny Taylor, who was pronounced dead shortly after the incident, and 20-year-old Leroy Sanders, who was wounded in both legs.

At his trial, Bridges claimed self-defense, and on October 28, 1986, Bridges was acquitted of murder. He was, however, found guilty of aggravated assault, attempted murder, and voluntary manslaughter.

Because he was convicted of lesser crimes, Illinois law mandated he be sentenced as a minor, according to “Injustice with Nancy Grace.” Bridges received the maximum sentence of just five years behind bars.

Being in lockup didn’t curb Bridges’ violent streak. Nine months after being incarcerated, Bridges was charged in an attack on a Williamson County Correctional Officer, local outlet the Harrisburg Register reported in 2012. The assault left the guard with a facial fracture and various complications, but Bridge’s sentence didn’t change.

Danny Taylor’s brother, Kip, described Bridges to producers as the “devil’s helper”: "a man out to destroy people’s lives.”

On his 21st birthday, Bridges was released as scheduled and he left Illinois. But as authorities investigated Clay’s death, they realized that Bridges didn’t leave his criminal ways behind him.

Bridges finally told all to investigators after agreeing to confess to the crime in exchange for a sentence of “natural life.” That term boils down to “no time off for good behavior, no credit for time served, no parole hearings and no chance, outside of appeals and executive pardons, for the felon to leave prison any other way but feet first in a box.”

Bridges told authorities that in 2012, he met Clay on the job in North Dakota. He and Clay shared a beer and talked about bodybuilding — but he then went on to say that a dream inspired him to kidnap and kill Clay.

Bridges explained how he savagely and repeatedly stabbed Clay in the neck. He spoke of being “in a zone” at that point.

As he recalled his brutal attack, Suhr told producers, Bridges was “indifferent.”

When Myers asked Bridges if he’d killed other people, the suspect recounted a roster that included two people in Washington, two in Oregon, and one in Utah or Wyoming. Bridges wasn’t sure about the location of the last homicide.The victims, he claimed, were all homeless people.

Bridges, investigators realized, was claiming to be a serial killer. In fact, a psychologist who evaluated Bridges considered him “to be the most psychopathic and dangerous person” she ever encountered, the Bismarck Tribune reported in November 2012.

On November 27, Bridges was sentenced to life in prison without parole, plus an added 20 years for felony kidnapping. In December 2013, Bridges had 40 years added to his sentence after pleading guilty to charges of attempted murder and possession of contraband connected to an attack on a correctional officer.

To learn more about the case, watch “Injustice with Nancy Grace,” airing Thursdays at 9/8c on Oxygen, or stream episodes on Oxygen.com.

Calling All True Crime Fans
Oxygen Insider is your all-access pass to never-before-seen content, free digital evidence kits, and much more!
Sign Up for Free
All Posts About
Murders A-Z
Nancy Grace
Related