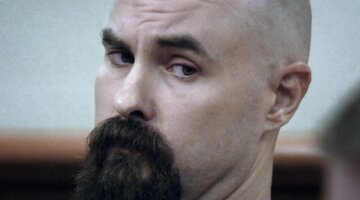 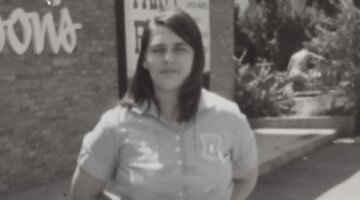 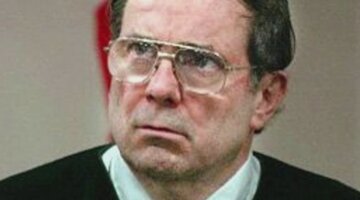 “Wives have a bad habit of dying on you,” an investigator told businessman Gerald “Bob” Hand during a 2002 murder investigation.

The official’s statement, while intended to be provocative, was true. Hand wed four times: One “I do” ended in divorce. Hand’s other three wives were murdered.

The troubling trend didn’t end there. Before each murder, Bob bought valuable life insurance policies on his wives, according to “Injustice with Nancy Grace,” airing Thursdays at 9/8c on Oxygen.

On January 15, 2002, Bob's fourth wife, Jill, 58, was shot and killed during an alleged home invasion in Delaware County, Ohio. He’d met Jill in 1992 and they married mere months later — but by early 2002, the marriage was plagued by secrets and financial discord. Jill wanted a divorce.

On the night of Jill Hand’s death, Bob said he heard a disturbance. He grabbed two handguns and fired at a man he claimed not to know who’d allegedly broken into their home and killed Jill. That supposed stranger turned out to be Walter “Lonnie” Welch.

Randy Pohl, a lieutenant with the Delaware County Sheriff’s Office, told producers that at first glance the investigation looked “pretty simple.” But, Pohl added, “It wasn’t.”

Authorities found no sign of forced entry. The assailant hadn’t taken anything from the home. Bob’s description of the events jarred.

As detectives worked the case, it attracted a lot of attention from the media as well as law enforcement officials with long memories. When other authorities heard about the murder, they reached out to Delaware County investigators about two homicide cases that had gone cold for more than two decades.

One murder happened on March 24, 1976. The other slaying, which resembled the earlier one in a number of ways, occurred on September 9, 1979. Both victims were married to Bob Hand.

The fact that one man had three wives who were murdered raised a bright red flag. “It drew our attention to Bob Hand,” Pohl told producers.

As they dug into the previous cold cases, investigators learned Bob, who worked for his father’s radiator business, married Donna Hand (birth name Donna Anderson) in 1968 in Columbus, Ohio. By 1971, when Bob returned from a tour of duty in Vietnam, the marriage had soured. In 1975, Donna expressed misgivings to her family about the marriage and indicated that she wanted out.

In March 1976, Donna was found in the basement by her husband after, he told authorities, he came home from the gym. A plastic dry cleaner’s bag had been pulled over her head and tied with a spark plug wire. The crime scene gave the appearance of a burglary gone bad. An autopsy revealed the victim suffered blunt force trauma and was strangled.

Bob, who’d been working out when the crime happened, seemed to have a solid alibi. With little evidence at the scene and the limitations of forensic science and technology of the times, the case went cold.

“He walked out with a lot of money and didn’t have to deal with a messy divorce,” authorities told “Injustice with Nancy Grace.”

About a year later, the widowed Bob married Lori Hand (birth name Lori Willis). In an eerie echo to the events that had befallen Donna Hand, Lori Hand was found dead in the basement. She had been strangled and a plastic bag had been put over her head. She had been shot twice in the head, the Associated Press reported in 2003.

Once again, Bob collected on his dead wife’s insurance —this time the policy was more than $81,000, four times greater than the previous payout. And once again, technology limited how far detectives could push forward. There were no fingerprints and no DNA to go on. Columbus investigators closed the case.

But in 2002, Jill Hand’s murder investigation brought the cases back to life, Dennis Graul, a retired detective with the Columbus Division of Police, told producers.

Although Bob told authorities that he hadn’t spoken to Welch for more than a year, Welch’s family refuted that claim when interviewed by police.

With the longtime link established between Bob Hand and Welch, investigators considered the 1970s crimes from a fresh perspective. Bob could have hired Welch to kill his wives at a time when he wasn’t home so he had a solid alibi.

Authorities’ interviews with Welch’s brother confirmed those suspicions, according to “Injustice with Nancy Grace.”

Bob, meanwhile, stuck to his story and told authorities he didn’t recognize Welch as an intruder in his home on the night of his wife’s murder. But authorities believed Bob killed Welch to keep him from spilling the beans about the contract killings of Bob's other two wives.

Investigators believed that the documents provided evidence that Bob was both “meticulous” and “premeditated” when it came to getting rid of his wives — and pocketing money after their deaths.

Between the solid motive and testimony from Welch’s brother, officials had enough evidence to charge Bob Hand with the murders of Jill Hand and Lonnie Welch.

Bob's trial began on May 8, 2003. It was a complicated case, one that jumped across several decades. Prosecutors started with the motive: the insurance policy payoffs. On June 4, Bob Hand was found guilty on two counts of aggravated murder for killing Jill Hand and Lonnie Welch. It was the first capital murder conviction in Delaware County, Ohio history.

Hand was sentenced to death and originally scheduled to be executed on September 8, 2003, the Delaware Gazette reported in 2018. Hand’s appeals have delayed his execution, though. It is currently set for May 17, 2023.

To learn more about the case, watch “Injustice with Nancy Grace,” airing Thursdays at 9/8c on Oxygen, or stream episodes on Oxygen.com.

Who Were Charles Manson's Wives And Where Are His Children Now?