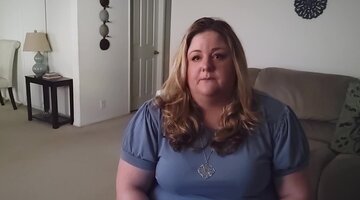 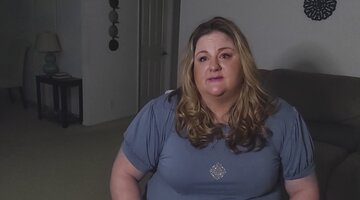 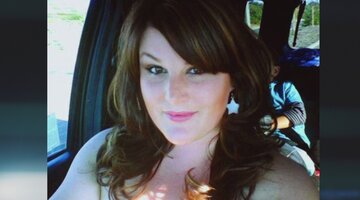 Ryann Bunnell met Jesse Crow in July 2009, married him in August, and proceeded to make a home with him in quiet Prunedale, California.

Five months later, 23-year-old Bunnell Crow, who was known as a “free spirit” to her loved ones, was a no-show at her father’s birthday party.

The young woman’s absence, along with her not responding to calls about the situation, was completely out of character for her. Her parents, Rodney and Pamela, and sister, Shelley, were all very concerned.

On February 2, Bunnell Crow missed work at a Salinas, California florist, and the family’s worry escalated. They feared the worst — especially when calls to Bunnell Crow went unanswered.

The circumstances raised “a huge red flag,” said Ryan McGuirk, Chief Investigator for the Monterey Co. DA’s Office, in an interview with “Injustice with Nancy Grace,” airing Thursdays at 9/8c on Oxygen.

While driving around the area, Shelley spotted 33-year-old Jesse Crow at an intersection in his truck. She followed him to a storage facility, where she asked him and a passenger, a man named Evan, about her sister’s whereabouts.

They shared no information. She called 911 to inform authorities about her encounter with Crow, and investigators searched the newlyweds’ home in Prunedale.

The sweep didn’t turn up Bunnell Crow, but it did reveal that Crow, who worked at a pipe restoration company, had a burgeoning marijuana-growing business.

Already rooted at his Prunedale home, Crow’s covert pot operation was spreading to another site in Fremont and beyond, local outlet Santa Cruz Sentinel reported in 2010. But authorities put possible drug charges on the back burner and concentrated on finding Bunnell Crow.

A deeper dive by authorities into the newlyweds’ relationship dredged up troubling details, including Crow’s allegedly abusive behavior and extramarital affairs.

And when questioned by police, Crow didn’t appear to be a concerned husband, Donald Cline, retired investigative sergeant for the Salinas PD, told producers. However, the cheating husband’s girlfriend, Summer Donovan, established an alibi for Crow.

Although he was a person of interest, officials didn’t have enough evidence to charge Crow with any crime. They released him but surveillance efforts of Crow were stepped up and the Bureau of Narcotic Enforcement joined the efforts.

Then a search of Crow’s truck turned up an ominous clue. It revealed significant traces of blood in the bed of the pickup that matched Bunnell Crow’s blood.

The presence of blood in the truck in combination with Bunnell Crow’s disappearance were clear signs, McGuirk told “Injustice with Nancy Grace,” that authorities were no longer looking for a missing person. They were now working a homicide case. However, it was also true defense attorneys for Crow could find a number of ways to explain how his wife’s blood got in the truck.

Throughout the ordeal, as Crow stayed silent, Bunnell Crow’s family were undaunted in their hunt to find their loved one — and justice. They raised the public’s attention through the media and reward money to solicit tips.

About a week and a half after Bunnell Crow vanished, authorities thought they’d caught a break when her car, which had been missing, was located in Foster City, about 80 miles north in San Mateo County, the Monterey Herald reported at the time.

The hope was that the 2002 Chevrolet Malibu would hold clues to Bunnell Crow’s whereabouts. But after a thorough examination by a forensic team, detectives were no further ahead.

As the investigation stalled, the hard truth was evident: A homicide case without a body and witnesses is an uphill battle.

He now told authorities Bunnell Crow confronted Crow after finding another woman’s clothes in his truck and she threatened to report his covert cannabis business.

Not only did it establish a motive for murder, it revealed Donovan’s alibi for Crow was a lie. Crow was arrested on February 16.

At this point, according to “Injustice with Nancy Grace,” the surveillance work of the Bureau of Narcotic Enforcement became invaluable with the arrest of Crow’s drug associate, known only as Sean.

Sean told authorities he and Vince, another drug confederate, heaved a trash can containing Bunnell Crow’s body off the San Mateo Bridge before ditching her car in Foster City.

Donovan also agreed to cut a deal with authorities and reveal what she knew.

Police were told Crow had taken Bunnell Crow to Salinas River State Beach, where he allegedly choked her, smashed her in the head with a hammer, and shot her before dumping her body in the back of his pickup, according to the Monterey Herald.

It was alleged he drove to a house in Fremont where he “dismembered the remains, placed the body parts into a plastic trash container with cement,” CBS News reported at the time.

Store receipts for a garbage can, bleach, and concrete, as well as video footage from the San Mateo Bridge all helped build a strong case. But there was still the issue of not having a body.

Like Donovan and Evan, who allegedly had a role in orchestrating the cover-up, Vince and Sean all got immunity in exchange for their statements.

After the four cut those deals that absolved them from punishment, Bunnell Crow’s remains washed up in the San Francisco Bay in May.

Following the gruesome discovery of his daughter’s remains, Rodney Bunnell collapsed. He landed in the Intensive Care Unit of an area hospital and died. The Bunnell family grappled with another wave of grief.

Then, as prosecutors prepared to present their case, the saga took an unexpected turn.

Crow died on August 7 by hanging himself with a bed sheet in his cell in Monterey County Jail, where he was being held on charges that carried a potential death sentence, the Monterey Herald reported.

The victim’s family still grapples with the terrible losses — of loved ones and justice.

“What these people have done has completely changed our lives,” Shelley Bunnell told producers. “I’ve lost my sister and my father. There’s not a doubt in my mind that if my sister hadn’t been killed that my dad would still be here today.”

To learn more about the case, watch “Injustice with Nancy Grace,” airing Thursdays at 9/8c on Oxygen, or steam episodes on Oxygen.com.

Calling All True Crime Fans
Oxygen Insider is your all-access pass to never-before-seen content, free digital evidence kits, and much more!
Sign Up for Free
All Posts About
Murders A-Z
Nancy Grace
Related