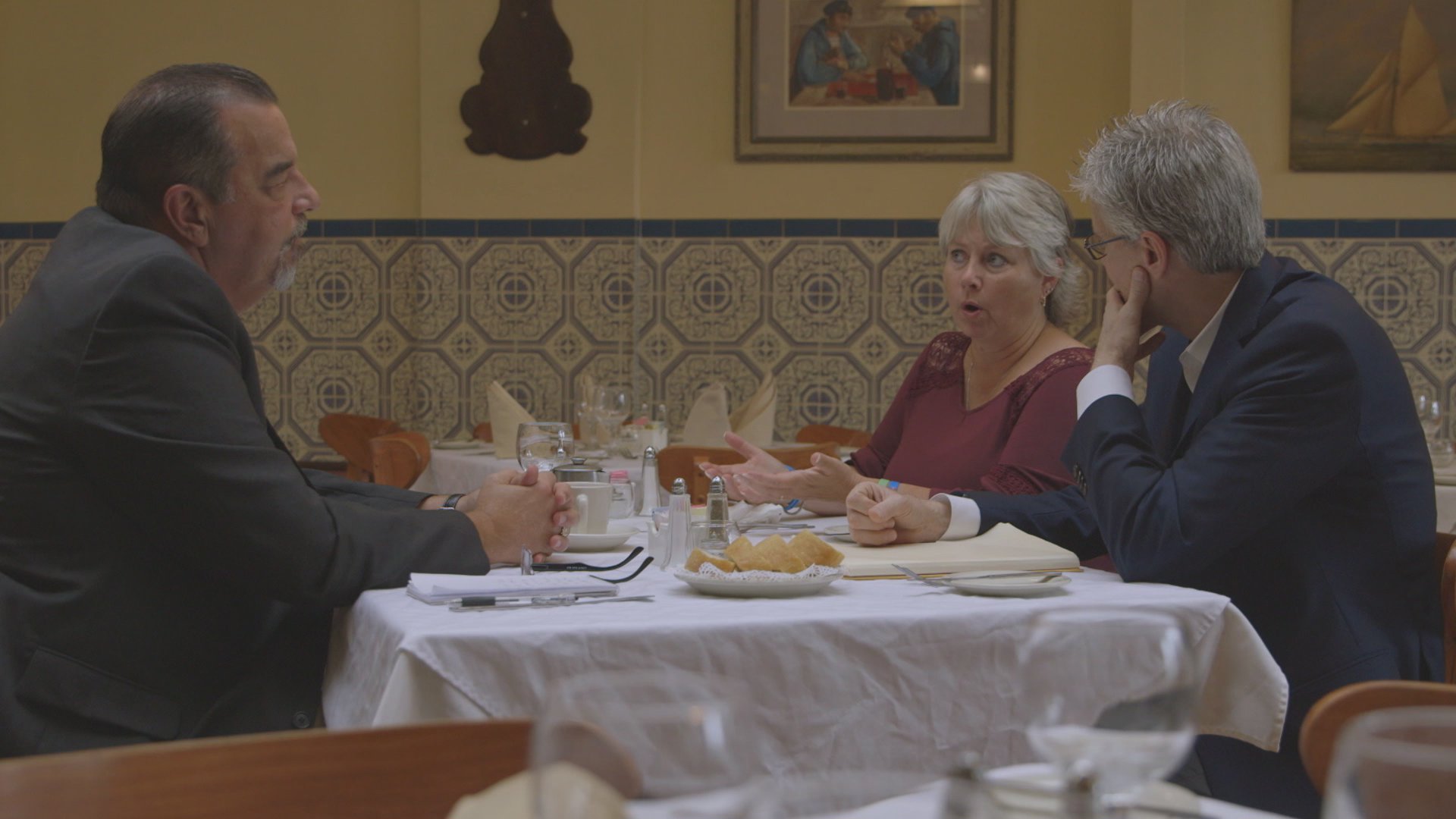 On January 25, 2017, Duquesne University graduate student Dakota James disappeared from Pittsburgh, Pennsylvania. The “smart, outgoing” 23-year-old had been walking back to his apartment after a night out drinking with friends, and his last known sighting was caught on a surveillance camera in the downtown area. The recording captured Dakota entering an alleyway while looking down at his phone, and that was the last time he was seen alive.

Forty days after his disappearance, Dakota's body was found floating in the Ohio River, about 10 miles from where he was last sighted. Police believed Dakota had fallen into the river while crossing a bridge near the city center, and the medical examiner ruled his death an accidental drowning. But Dakota's parents, Jeff and Pamela James, did not believe that Dakota, an athlete and swim team captain, could have drowned. They told the Pittsburgh Post-Gazette in 2017 that Dakota was not an inexperienced drinker, and there is no way he would have been so intoxicated that he accidentally fell into the river.

Almost two years after his disappearance, Jeff and Pamela are still convinced foul play had something to do with their son's death.

"[It] doesn't make any sense to me — never has…” Pamela told "Smiley Face Killers: The Hunt for Justice.” “Once we learned that the case was closed, it was very disappointing. I don't feel that they ever wanted to look further into the possibility that there could be foul play. I knew 100 percent in my heart that someone did something to Dakota."

Former NYPD detectives and “The Hunt for Justice” hosts Kevin Gannon and Anthony Duarte agreed. Along with retired NYPD detective Michael Donovan and professor of criminal justice Dr. Lee Gilbertson, the team has concluded that Dakota could be a potential victim of the Smiley Face Killers, a possible interstate gang of serial killers that abducts and murders college-aged men before dumping their remains into local waterways and painting smiley face graffiti near the body recovery sites.

With the hope of changing Dakota's cause of death from accidental drowning to homicide, the “Hunt for Justice" team pushed Allegheny County law enforcement to release a copy of Dakota's autopsy report, which had never before been seen by the James family. While local police initially declined them access to the case files, District Attorney Stephen Zappala later agreed to have an off-camera meeting with Pamela to discuss Dakota's case and provide her with the documents.

Gannon and the team were then able to review the official police reports along with Dakota's autopsy and recovery photographs. In one of the photographs of Dakota's neck, Gannon noticed "suspicious marks," which had not been noted anywhere in the written autopsy report.

Gannon and Dr. Gilbertson brought the documents to consulting forensic pathologist Dr. Cyril Wecht to see if he could discern what caused the injuries on Dakota's neck. Dr. Wecht concluded the marks were "strongly suggestive of and entirely consistent with a ligature having been applied around the neck. This death may have been due to ligature strangulation." Dr. Wetch also noted a "distinct difference in the coloration of the fingernail beds of the fourth and fifth fingers on both the right and left hands," which "certainly would be consistent with someone reaching up and trying to release the pressure from a ligature that is being applied around their neck."

After reviewing the files and examining the findings with Dr. Wetch, Gannon and Pamela requested a meeting with the district attorney's office to further discuss Dakota's case.

Gannon told Pamela, "The good news is, when we speak to the DA ... we have some really good facts about Dakota's case. There's human intervention. So he didn't do that falling into the water. You know, whether it's one person, two people or ... a gang ... that's insignificant at this point. We believe it's connected to Smiley Face killers, but it doesn't matter. The main thing is, somebody murdered him, and they have to reinvestigate."

On October 3, 2018, Gannon and Pamela had another off-camera meeting with Zappala as well as an unidentified FBI agent and Secret Service agent. Gannon and Pamela presented their findings to Zappala and the two agents, who reportedly agreed the injuries to Dakota's neck and fingernail beds could be the result of strangulation.

Pamela later told Duarte, "[Zappala] specifically said, 'I want you to know I'm not going to the police for them to do this investigation. I'm using my homicide investigators.'"

At this time, the district attorney's office cannot move its investigation forward without the medical examiner "concurring with our assessment," said Gannon. The Allegheny County Medical Examiner's office has not reopened Dakota's case, but it has agreed to review additional evidence related to Dakota's death.

“The biggest [piece of evidence] that needs explanation is the ligature marks that’s on his neck that we have found from the photos,” said Pamela in an interview with Oxygen.com. “We have a lot of questions about that.”

To learn more about other potential Smiley Face murder cases, watch "Smiley Face Killers: The Hunt for Justice" on Oxygen Saturdays at 7/6c.

Why Dakota James' Drowning Death Might Be A Murder